About Awni Abu Shamsiyya
Status:
Threatened
About the situation

On 3 February 2016, human rights defender Mr Awni Abu Shamsiyya was arrested and interrogated. He was accused of throwing a Molotov cocktail at Israeli soldiers and of posting inflammatory statements on Facebook. On 4 February, the court ordered Awni Abu Shamsiyya's release after holding that the accusations against him had not been proven. 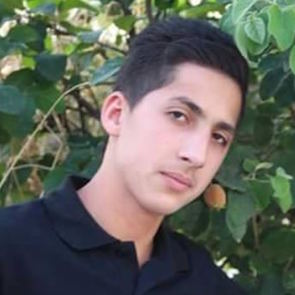 Awni Abu Shamsiyya is a 16 year old human rights defender, known for his participation in the Palestinian non-violent popular resistance movement in Hebron. He is also an active member of the Human Rights Defenders Group, a non-partisan group that aims to document and expose violations of international law and injustice against families in areas of conflict under Israeli occupation.

On 4 February 2016, Israeli police and intelligence services interrogated Awni Abu Shamsiyya and Nizar Silhab Al-tamimi, and then brought them before the military court of Ofer, where the accusations against the young activists of throwing a Molotov cocktail at Israeli soldiers and posting inflammatory statements on social media were presented. The military prosecutor requested a fine of 2000 Shekels (approximately €460). The court ordered Awni Abu Shamsiyya's release after holding that the accusations against him had not been proven. However, the trial of Nizar Silhab Al-tamimi was postponed to 7 February 2016 after it was claimed by the military prosecutor that his confession had been obtained.

At approximately midday on 3 February 2016, a group of 20 soldiers had arrested Awni Abu Shamsiyya and his Nizar Silhab Al-tamimi, after a raid on the Shamsiyya family home in Tel-Rumeida, Hebron, which lies next to the illegal settlement of Tel Rumeida. They were detained at the Ofer military prison, near Ramallah.

Emad Abu Shamsiyya and his family have been subjected to repeated harassment as a result of his human rights activism, including physical attacks, raids on their family home, and repeated arrests. In September 2015, the human rights defender and his son were subjected to travel restrictions after being invited to talk about their family life and the importance the documentation work of the Human Rights Defenders Group on television. In May 2015, Emad Abu Shamsiyya's family home was subjected to an attempted arson attack by settlers in the middle of the night. In March 2015, a group of soldiers invaded his family home, searched the house and confiscated the family's computer hard disk and a memory card containing footage filmed by B'Tselem volunteers.