About Kachua Barman
Status:
Summoned
About the situation 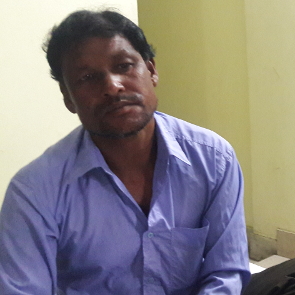 For 68 years, following India's independence, both India and Bangladesh retained small territories (known as enclaves) located within the other country's boundaries. This led to some Indian citizens living in territories surrounded by land owned by Bangladesh and vice versa. People living in the enclaves have been living in a limbo: they don't have political status and they have been denied basic services such as electricity, running water, medical aid, school education and proper road infrastructure. In 2015, India and Bangladesh formally exchanged 162 enclaves, but the communities have not received any compensation and they are still waiting for their rights to be recognised.

On 8 August 2016, human rights defender Mr Kachua Barman will present himself before the Sub Divisional Executive Magistrate Court in Dinhata following a summons which he received on 27 July 2016. The human rights defender is accused of “breach of peace and tranquillity of an area”, under section 107 of Criminal Procedure Code.

On 27 July 2016, police arrived at Dinhata Krishi Farm Temporary Settlement Camp and tore down posters at the gate of the camp relating to the demands of the enclave dwellers community. Police interrogated residents of the camp, including Kachua Barman, about who was responsible for putting the posters up. The human rights defender replied that “the content of the posters is not offensive or illegal”. That evening, the human rights defender was accused of “breach of peace and tranquillity” under section 107 of Criminal Procedure Code. The visit by the police followed a visit on 22 July 2016 by local government officials during which they took photographs of the posters.

This is not the first time associates of MASUM have been harassed by government officials. On 6 August 2015, Durbadal Majumder, the Jalpaiguri District human rights monitor for MASUM was detained in police custody and informed that a criminal case had been opened against him. In February 2015, Ajijul Haque was beaten by a group of unknown men in West Bengal, allegedly in the presence of police officers, and detained for approximately eight hours.

Front Line Defenders is concerned by the accusation against human rights defender Kachua Barman and his associates in MASUM, which it believes to be directly linked to their peaceful and legitimate activities in the defence of the human rights of the Indian enclave dwellers community.