On 25 September 2016, Mr Genaro Rincón was gravely assaulted by two unknown men, first on a bus and then on the street, when he was heading back home in Santo Domingo. The assault happened after the defender was recognised by one man as the lead lawyer in an emblematic case to reclaim the rights of thousands of Dominicans of Haitian descent rendered stateless by a 2013 ruling of the country’s Constitutional Court. 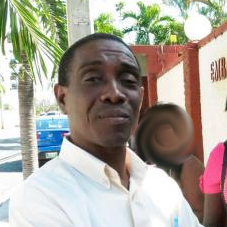 Genaro Rincón is a human rights lawyer and the founder and Director of Fundación Derechos Vigentes (Standing Rights Foundation), an organisation dedicated to strategic litigation to advance human rights in Dominican Republic. The Foundation has successfully taken up a number of cases on police brutality, the rights of migrants, the rights of minorities and the rights of stateless persons both at a domestic level and at the regional level (through the Inter-American System of Human Rights). In recent years, Genaro Rincón has led efforts to protect persons who have been rendered stateless by the 2013 Constitutional Court judgement (168-13), which retroactively stripped tens of thousands of people of their Dominican nationality, disproportionately affecting those of Haitian descent born in the country since 1929.

On 25 September 2016, Mr Genaro Rincón was gravely assaulted by two unknown men, first on a bus and then on the street, when he was heading back home in Santo Domingo. The assault happened after the defender was recognised by one man as the lead lawyer in an emblematic case to reclaim the rights of thousands of Dominicans of Haitian descent rendered stateless by a 2013 ruling of the country’s Constitutional Court.

On 25 September 2016, Genaro Rincón was verbally assaulted by an unidentified man while he was on a bus heading back home, in Santo Domingo. The man repeatedly shouted at him "the Haitian race is the worst in the world". The same aggressor later picked up his phone saying "yes, I'm with him" and proceeded to tell Genaro Rincón "You're one of those defenders". Still inside the bus, the man tried to punch the defender in the face, which resulted in the bus driver asking them both, the aggressor and the defender, to get off the bus.

Genaro Rincón tried to resist, but a second man pushed him onto the street. While on the ground, one of the attackers threw a cement block at him, hurting his head, face and chest. Both attackers also kicked him and spat on him,and screamed "kill him!". The human rights defender was able to defend himself by jabbing a pen into one of the assailants. Genaro Rincón managed to run away, at which point the assailant who had verbally abused him on the bus threw a glass bottle at him, but fortunately missed the shot. The human rights defender sought assistance in a gas station, where staff called an ambulance which brought him to the hospital.

The assault against human rights defender Genaro Rincón takes place just a few days after public commemorations of the 2013 Constitutional Court judgment that rendered tens of thousands of people stateless. The public events, which were widely reported in national media, have been followed by an increase in reports of threats, acts of intimidation and insults on social media against defenders working to protect the human rights of stateless persons. Genaro Rincón himself, along with other human rights defenders, was followed by unidentified vehicles a number of times. These threatening incidents have been accompanied by a smear campaign in which several influential public figures, including public officials from the ruling Partido para la Liberación Dominicana (Party for Dominican Liberation), and private media have taken part. Of particular note, the attack against Genaro Rincón took place just a couple of days after he addressed several national media channels to state that he would make public the cases of 600 stateless persons.

On 23 September 2013, when the Constitutional Court first rendered its judgement, a number of human rights defenders, journalists, academics, lawyers, politicians, parliamentarians and other public figures who criticised the decision received threats from so-called "nationalist" groups and members of the general public. According to the 2015 report of the Inter-American Commission on Human Rights on the situation of human rights in Dominican Republic, several opponents to the decision were called "traitors", threatened and were even the subject of public calls to "put to death the traitors".

Front Line Defenders condemns the attack against human rights defender Genaro Rincón, which clearly resulted from his legitimate human rights work on behalf of stateless persons in Dominican Republic. Front Line Defenders calls upon the State to diligently investigate the assault against Genaro Rincón and bring to justice the perpetrators, as well as to promptly take steps to address the environment of racism and intolerance that is creating the risks against human rights defenders and the communities they defend.

Front Line Defenders urges the authorities in Dominican Republic to:

1. Carry out an immediate, thorough and impartial investigation into the assault against Genaro Rincón, with a view to publishing the results and bringing those responsible to justice in accordance with international standards;

2. Take all necessary measures, in consultation with the defender, to guarantee the physical and psychological integrity and security of Genaro Rincón;

3. Guarantee in all circumstances that all human rights defenders working to protect the rights of stateless persons in Dominican Republic are able to carry out their legitimate human rights activities without fear of reprisals and free of all restrictions, including judicial harassment and smear campaigns.