On 18 May, Kurdish journalist and human rights defender Nurcan Baysal received the 2018 Front Line Defenders Award for Human Rights Defenders at Risk. This is her Award acceptance speech: 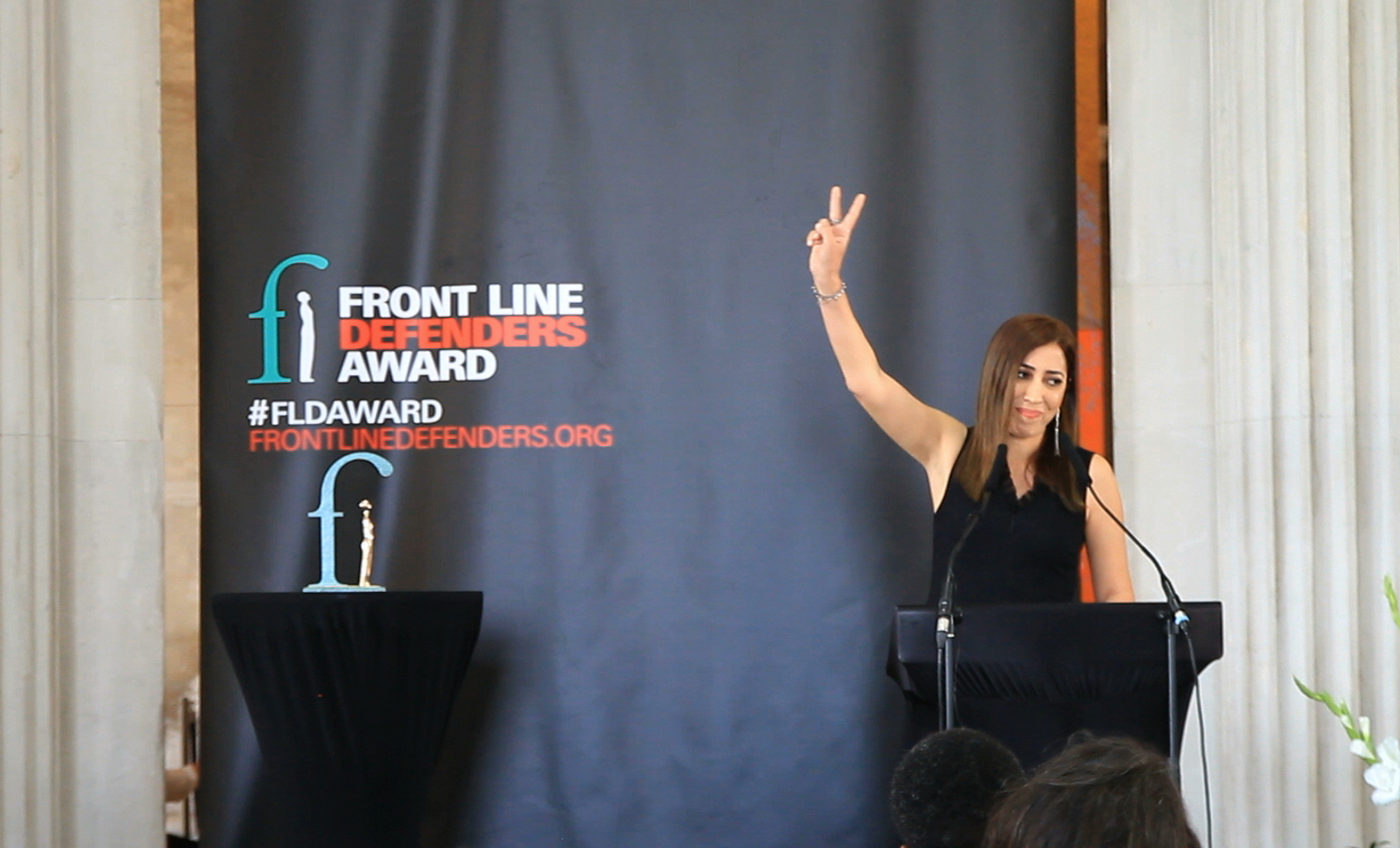 "It’s a great honor to be here and it is a great pleasure to accept this award. I am really happy.

Let me tell you about one of the most important days in our lives as Kurdish people.

It was July of 1991. I was 16. Our neighbor, Vedat Aydin, an important human rights activist and politician was killed after being taken into custody by the police. Days later, his body was found tortured under a bridge. Hundreds of thousands of people gathered for his funeral in Diyarbakir. While the crowd was walking to the cemetery, we heard the shots. Masked Special Forces opened fire against the crowd from the top of the city walls. This continued for 20 minutes. Dead bodies littered the ground. As I looked around, I thought, “I never want to see this cruelty again. Never again.”

As a Kurdish woman living in Turkey, I have witnessed even worse cruelties. Nearly 30 years have passed since that day, but little has changed for Kurds.

After the peace process collapsed between the Turkish State and the Kurdistan Worker’s Party (PKK) in July of 2015, clashes began in Kurdish cities. The state declared military curfews in our cities and bombed civilians. More than 2000 people were killed in our region since the clashes began. Our homes and cities were demolished and hundreds of thousands of Kurdish people are homeless today. Dead bodies remained in the streets for months. We have witnessed terrible human rights violations and war crimes.

After the July 15 (2016) coup attempt, the State of Emergency was declared and continues today. The government has used the Emergency Rule to stifle all opposition. Hundreds of thousands of people have been fired from their jobs or arrested without any reason. Civil society organizations and media outlets have been closed. More than 170 journalists and writers have been imprisoned. Turkey remains the world’s leading jailer for journalists.

The situation in the Kurdish region of Turkey is even worse. Kurdish mayors and parliamentarians have been imprisoned and state administrators have been appointed to replace the elected Kurdish mayors. Kurdish media has been completely closed. All political access has been cut off for Kurdish people.

Today in our region, the worst human rights violations and war crimes continue. A dirty war continues in my hometown. There are still dead bodies on the ground in rural areas. To be a human rights defender in our region means to fight against torture, to fight to bury dead bodies in a dignified way,  to search for loved ones in mass graves and sometimes it means to find an imam that can bury a disintegrated body. Sometimes it means supporting families under bombardment and sometimes it means saving a Yezidi woman from the Islamic State.

The global community has done very little to respond to the violence against Kurdish people. Such cruelty has been met with deafening indifference. Indifference is a friend of cruel governments; indifference is a friend of evil. Why are we giving power to these cruel governments? Why are we closing our eyes against these crimes, crimes against humanity? After Rwanda, the world said “never again”. But it has happened again and again. Never again should mean never again!

I want to believe that “never again” is possible".