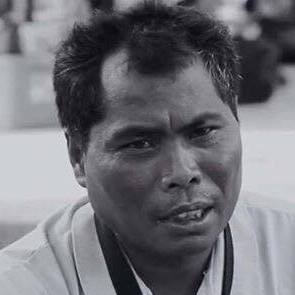 Renato Anglao was the Secretary-General of TINDOGA (Tribal Indigenous Oppressed Group Association), an indigenous peoples’ organisation representing the Manobo-Pulangion tribe in Barangay Botong, Quezon, Bukidnon. TINDOGA works on issues related to human rights violations risks linked to agri-business plantations which are encroaching on their ancestral lands. Two years ago, the Manono-Pulangion tribe reclaimed their ancestral land and secured its legal title despite moves to introduce a plantation on the lands by Rancho Montalvan, which is owned by Maramag Vice Mayor Pablo Lorenzo.

On 3 February 2017, Renato Anglao was travelling home on his motorcycle with his wife and 5-year-old child after purchasing school supplies in the town centre in Quezon, Bukidnon province, Northern Mindanao. Another motorcycle, with three unidentified men on board, drove alongside and shot Renato Anglao twice in the head. He died instantly. The three hooded men quickly departed after the incident. Renato Anglao was rushed to hospital but was declared dead-on-arrival. His wife and child, though still in shock, were uninjured.

According to Karapatan, Renato Anglao is the fifth victim of human rights related killings in 2017. From 21 August 2016 to 31 January 2017, during the Government of the Republic of the Philippines’ (GRP) unilateral ceasefire period, Karapatan documented fourteen killings and at least 439 illegal arrests.

I strongly condemn the killing of Renato Anglao, which I believe was solely motivated by his legitimate and peaceful activities in the defence of human rights in the Philippines.

I urge the authorities in Philippines to:

2. Carry out an immediate, thorough and impartial investigation into the killing of human rights defender Renato Anglao, with a view to publishing the results and bringing those responsible to justice in accordance with international standards;

3. Take all necessary measures, in consultation with the defenders, to guarantee the physical and psychological integrity and security of all human rights defenders working in the Philippines;

4. Guarantee in all circumstances that all human rights defenders in the Philippines are able to carry out their legitimate human rights activities without fear of reprisals and free of all restrictions.