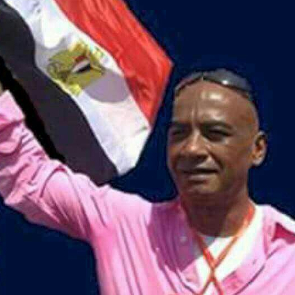 I strongly condemn the death due to medical negligence of Nubian human rights defender Gamal Sorour in Aswan Prison on 5 November 2017. The human rights defender was arrested along with 24 others in September 2017 after a peaceful protest demanding the Nubian peoples' right of return to their lands from which they were displaced in the 1960s.

The Nubian people are indigenous to present-day Sudan and Egypt. In the Aswan region, they have been subjected to land expropriation and forced displacement by the Egyptian government, and face cultural marginalisation and racial discrimination across the country.

Gamal Sorour was known across the Nubian community for his years of peaceful activism and support for the Nubian cause. At the time of his death, he faced charges of inciting protest, disruption of public order, and participating in unauthorized demonstration. Human rights defenders in Aswan report that the 24 detainees arrested alongside Gamal Sorour are being held in one cell with several sleeping on the floor.

“Gamal's death is a shocking escalation of the violent persecution of Nubian rights defenders in Egypt,” said Ed O'Donovan, Head of Protection at Front Line Defenders. “Denying medical care to any prisoner is a callous violation of international law – but Gamal should never have been behind bars in the first place.”

The human rights defenders were arrested at a peaceful march on 3 September 2017, at which the community sang traditional songs to mark Eid al-Adha and campaign for the Nubians’ "right of return" as guaranteed by Article 236 of the 2014 Egyptian Constitution. The demonstration was scheduled to take place in the centre of Aswan but was relocated to the square of Midan Al-Guzzayra due to a security presence at the original spot. At Midan Al-Guzzayra, the demonstrators were met by eight security vehicles and two military tanks. Armed police physically assaulted protesters and arrested 25 people, then detained them at Aswan Central Security Camp in Shalal. A month later, seven more Nubian activists were arrested outside the security camp as they peacefully protested for the release of the 25 detainees.