About Chen QitangPlease send this letter and stand with Chen Qitang.Case History 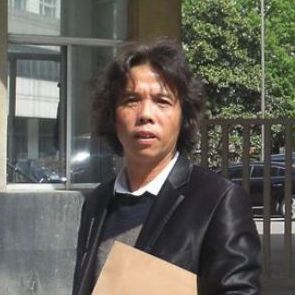 On 31 March 2017 Chinese courts handed down verdicts in the cases of three human rights defenders - Su Changlan (苏昌兰) and Chen Qitang (陈启棠) were found guilty of inciting subversion of state power, and Chen Yunfei (陈云费) was convicted of picking quarrels and causing trouble. The three human rights defenders have all been illegally detained for at least two years, and all were given prison sentences of three years or longer.

Chen Yunfei appeared in court on the morning of 31 March 2017 in long pyjamas and conducted an act of protest by ignoring all comments from court officers and communicating only with his lawyers. When the court announced a sentence of four years’ imprisonment, the human rights defender threw his hands up in a victory sign. Before leaving the courtroom, Chen Yunfei threatened to sue the court for its verdict, claiming that his sentence was “too light”.

Su Changlan has worked for over a decade to defend the rights of rural landholders, particularly female landholders, and other vulnerable groups in China’s Guangdong Province. The human rights defender was fired from her position as an elementary school teacher in retaliation for her human rights activism in the early 2000s, but she continued to use her self-taught legal knowledge to support female land rights victims to file suits in local courts. She also helped document cases of trafficked  women and girls. Su Changlan was detained in October 2014 after expressing support online for Hong Kong’s pro-democracy Umbrella Movement. Her detention was unlawfully extended on numerous occasions, until a trial finally took place in April 2016. The verdict of that trial was not announced until 31 March 2017, during which time Su Changlan was held in detention with limited access to her family. In 2017, while still in detention, Su Changlan was awarded the China Human Rights Defenders 2017 Cao Shunli Memorial Award.

Chen Qitang is a Guangdong blogger and human rights defender targeted for his work supporting victims of land rights violations. He supports Guangdong villagers in filing lawsuits against local authorities for unlawful confiscation of property. The human rights defender was sentenced to two and a half years’ imprisonment for these activities in 2008. Chen Qitang was detained in November 2014 for his association with Su Changlan and their work documenting cases of domestic violence. They were both accused of “attacking the government” of Guangdong’s Huilai County. Chen Qitang’s hearing was also held in April 2016.

Chen Yunfei is a human rights defender and political activist from the city of Chengdu, Sichuan Province. He has been detained since his arrest in March 2015, when he organized a memorial event for victims of China’s 1989 Tiananmen killings. Chen Yunfei has been subject to unlawful prolonged detention, repeatedly denied access to legal counsel, and was a victim of torture on at least two occasions for his refusal to greet detention officers while detained in the Xinjin County Detention Center.

I believe that the charges against Su Changlan, Chen Qitang, and Chen Yunfei are spurious and intended solely to stop these human rights defenders from their peaceful work protecting and upholding human rights.

1. Immediately drop all charges against Su Changlan, Chen Qitang, and Chen Yunfei as it is believed that they are solely motivated by their legitimate and peaceful work in defence of human rights;

3. Barring such action, ensure that the treatment of Chen Yunfei, Su Changlan, and Chen Qitang, while in detention, adheres to the conditions set out in the ‘Body of Principles for the Protection of All Persons under Any Form of Detention or Imprisonment', adopted by UN General Assembly resolution 43/173 of 9 December 1988;

4. Carry out an immediate, thorough and impartial investigation into the allegation of torture of Chen Yunfei, in the Xinjin County Detention Centre, with a view to publishing the results and bringing those responsible to justice in accordance with international standards;

5. Guarantee in all circumstances that all human rights defenders in China are able to carry out their legitimate human rights activities without fear of reprisals and free of all restrictions.