The Maldives has had a history of eliminating political dissent and democratic activism through various methods. The country had authoritarian rule for 30 years which ended in 2008 following a mass movement for human rights and freedoms, which led to the writing of a new and democratic Constitution that enshrined most of the fundamental rights prescribed by the ICCPR (International Covenant on Civil and Political Rights). The struggle for democracy from the mid-nineties to 2008 saw many politicians, journalists, writers and activists harassed, jailed, tortured and forced to self-exile. The country saw its first democratic presidential elections in 2008 and a new president was sworn in on the 11th November 2008.

Three years later, in February 2012 a joint police and military coup d'état toppled the government and the country has been in chaos ever since. One of the core problems in the Maldives is the judiciary – corrupt, uneducated judges at all three levels of the courts who are highly influenced by the executive, and appointed for life through an amendment of legislation by a parliament with a majority of the current ruling party, the Progressive Party of the Maldives (PPM).

Human rights defenders have operated at high risk through these changes. The most recent being the near fatal stab to the head of lawyer Mahfooz Saeed and the disappearance of journalist and blogger Ahmed Rilwan since 8 August 2014. Several bloggers, journalists and human rights activists who have been campaigning to expedite investigations on the disappearance have been openly threatened on social media and via phone messages. These threats include threats of death, disappearance, violent harm, rape and threats to their families. Other individuals operating on social media have been abducted, beaten, forced to disclose information about other persons and threatened to be killed. They have been followed and harassed on social media. Journalist ‘Asward’ Ibrahim was beaten with iron rods on a busy road soon after he broadcast a report on the judiciary. He barely survived and was blinded in one eye. Aishath Velezinee, judicial accountability activist, was stabbed on the road when she exposed the judicial oversight body. The Raajje TV station was torched, several lawyers harassed and threatened and hundreds of protesters continually face police brutality and arbitrary detention.

I have personally been threatened with disappearance, death, rape and severe physical violence. I have been threatened with harm to my daughter and, along with colleagues, I have been followed on the roads. The offices of the organisation I work with, the Maldivian Democracy Network, has been vandalised several times, equipment and the premises damaged and attempts have been made to destroy or steal information.

Other human rights defender organisations, along with ours, have been constantly threatened of dissolution or de-registration by the Ministry of Home Affairs. The government has now enforced a regulation that imposes several monitoring requirements which obstructs independent operation of our programmes, and also authorises the Registrar of Associations (a politically appointed position) to take action, including the de-registration of NGOs. 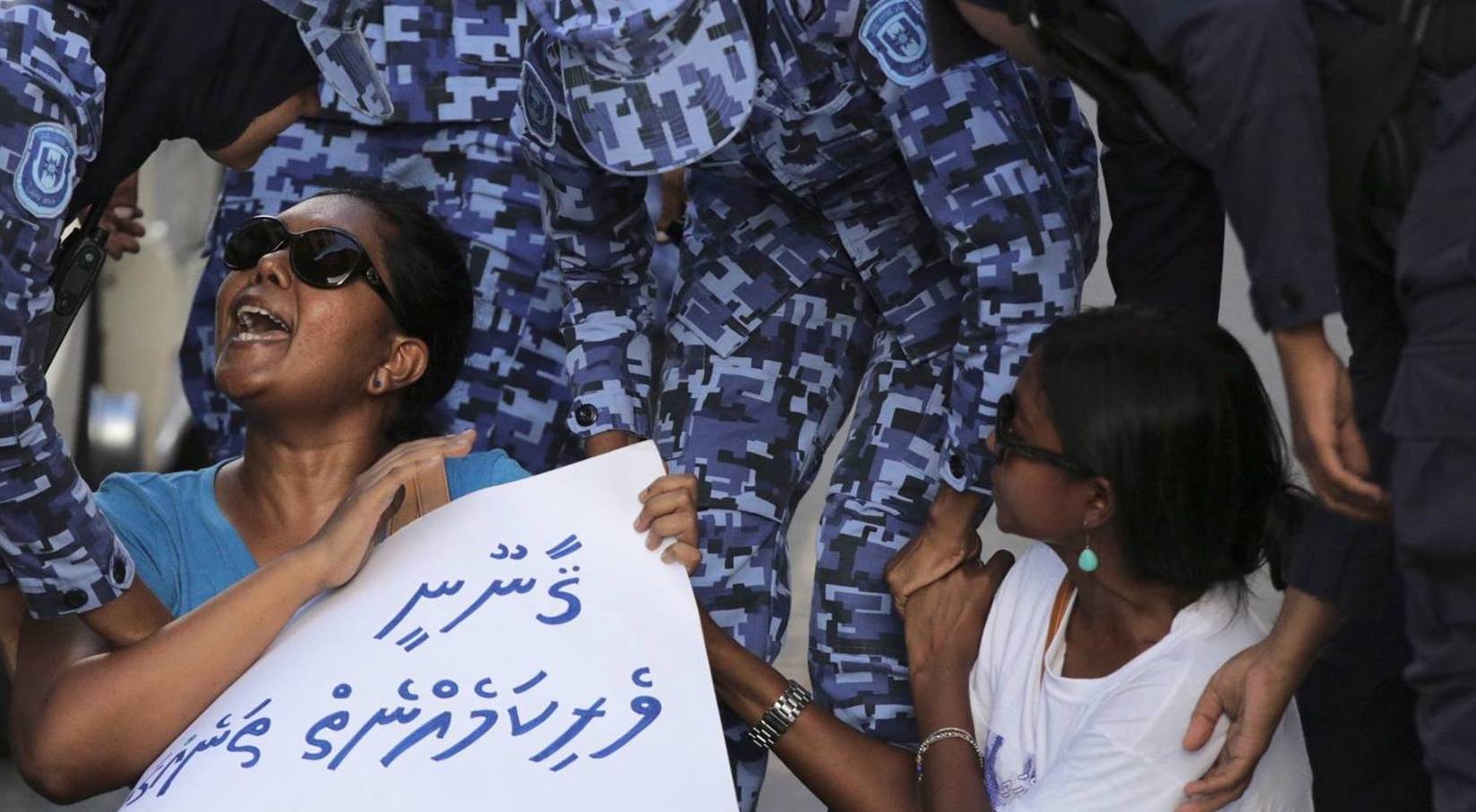 Violations:
#Acharnement judiciaire
Back to top