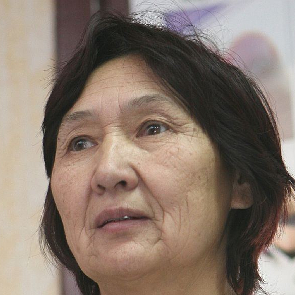 Mr Marcel Abdirasulov, the 18-year-old son of prominent human rights defender Ms Aziza Abdirasulova, was taken from his home by policemen in Bishkek on 20 September 2011. No arrest warrant was produced at the time of the arrest, and the policemen did not identify themselves. Aziza Abdirasulova is one of the leading Kyrgyz human rights defenders and head of the Kylym Shamy organisation. She links the arrest of her son to her human rights activity, as she makes public the torture and inhuman treatment of prisoners and arrested people in Kyrgyzstan.

On 20 September, at approximately 7.30pm, after giving his name to an unknown man wearing a black jacket who had knocked at the gate, Marcel Abdirasulov was grabbed by the man in question, who was helped by two other men to force Marcel into an unmarked car. Marcel Abdirasulov was screaming and calling his sister as he thought he was being kidnapped. In the car the men took his mobile phone and tried to coerce him into confessing that he had committed a crime. When they eventually arrived at the Sverdlovsky district police station of Bishkek, Marcel Abdirasulov understood that the kidnappers were policemen. At this time, his family were not informed of the arrest and continued to believed that Marcel had been kidnapped by criminals.

In the police station, Marcel Abdirasulov was questioned for approximately one hour with no lawyer present. He was refused permission to call his parents during this time. Only after being questioned on the profession of his parents and after policemen heard the name of Aziza Abdirasulova was Marcel allowed to call his mother. Later, Marcel's sister arrived, followed by his lawyer and other relatives. The lawyer, Nurbek Toktakunov, explained that he tried twice earlier the same day to gain access to his client, but both times he was refused entry to Sverdlovsky district police station by policemen. Marcel Abdirasulov was released at approximately 11.30pm after his sister signed a guarantee stating that Marcel would return the following day for further interrogation.

On 21 September 2011, Marcel Abdirasulov was interrogated again and released. The police stated that he had been arrested due to a false accusation

On that same day Aziza Abdirasulova lodged a complaint regarding the illegal and arbitrary arrest of her son to the General Prosecutor of Bishkek and to the Prosecutor's office of the Sverdlovsky district of Bishkek.