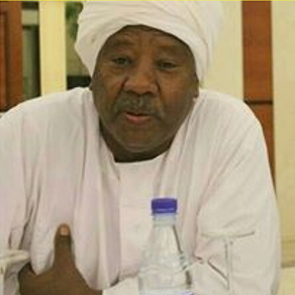 Front Line Defenders expresses grave concern for the detention and criminal charges brought against Khalafalla Alafif Mukhtar and Adil Bakheit, which it believes to be solely motivated by their peaceful work in the defence of human rights. It also expresses concern at the recent pattern of judicial harassment and unlawful investigations which have been intensely increasing over the past few months, against human rights defenders and organisations, as well as the increased use of arbitrary detention by the NISS as a tool for the repression of the work of human rights defenders in Sudan.

1. Immediately and unconditionally release human rights defenders Khalafalla Alafif Mukhtar and Adil Bakheit, and all staff members of TRACKS and drop all charges against them, as Front Line Defenders believes that they are being held solely as a result of his legitimate and peaceful work in the defence of human rights;

Passports of human rights defenders, members of the Khartoum Centre for Training and Human Development (TRACKS), have been seized and remain in the possession of the National Intelligence and Security Service (NISS) in Khartoum. Between 3 and 13 March 2016, human rights defenders from TRACKS, and activists associated with the Centre, were summoned to report to the office of the NISS in Khartoum, where they were interrogated, verbally abused, ill-treated and threatened. They have been warned to expect summons for further interrogation. These events follow a raid on the Centre on 29 February 2016, in which the passports of human rights defenders and activists associated with the Centre, as well as their laptops and documents, were confiscated by the NISS.

On 12 March 2016, the Administration Manager of TRACKS was questioned at the office of the NISS in Khartoum. She was reportedly beaten on the head and threatened with electronic shocks if she did not reveal the whereabouts of a TRACKS volunteer of Cameroonian citizenship. The volunteer was summoned later on the same date, and questioned for two days, during which time her passport was confiscated. Three other TRACKS employees, along with two of its trainers and three visitors to the Centre, were summoned on 3 March 2016 and reportedly ill-treated and verbally abused at the NISS office. All of the individuals summoned were questioned about the activities of TRACKS and their relationship with the Al Khatim Adlan Centre for Enlightenment and Human Development (KACE), an organisation that was forcibly closed down by the Humanitarian Aid Commission (HAC) in 2012.

The raid of 29 February was carried out by plain-clothes NISS agents who did not produce a warrant. Electronic equipment including laptops and phones was confiscated during the raid, as well as documents, publications and books. Staff members present were forced to disclose passwords of their phones and computers to the NISS agents, who confiscated the passports of staff, trainers, volunteers and visitors at the Centre. Subsequently, the Director and Supervisor of TRACKS, as well as the Director of Al Zarqaa, a civil society organisation who had been visiting the Centre, were taken to the NISS office in Khartoum and detained. The Supervisor from TRACKS and the Director of Al Zarqaa were released after 11.00 pm on the same day, while the Director of TRACKS was released several hours later.

This raid was carried out in connection with a case brought against the Director of TRACKS, following a previous raid on the Centre on 26 March 2015. Subsequent to the raid, the Director, along with another human rights defender, was summoned and charged with seven criminal offenses, including two crimes against the State for organising a training on social responsibility at the TRACKS office.

Front Line Defenders expresses strong concern for the repeated acts of harassment and intimidation against TRACKS and its members, as well as activists associated with the Centre, and for the charges brought against the Director of TRACKS, which it believes to be directly motivated by their peaceful and legitimate human rights activities.

1. Immediately return the passports of staff, trainers, volunteers from TRACKS, as well as visitors to the Centre, and refrain from any future harassment of the human rights organisation, as Front Line Defenders believes that it is being targeted solely as a result of its legitimate and peaceful work in the defence of human rights;

2. Immediately drop all charges outstanding against the Director of TRACKS, as Front Line Defenders believes they are directly motivated by his peaceful and legitimate human right work;

3. Guarantee in all circumstances that all human rights defenders in the Republic of the Sudan are able to carry out their legitimate human rights activities without fear of reprisals and free of all restrictions.