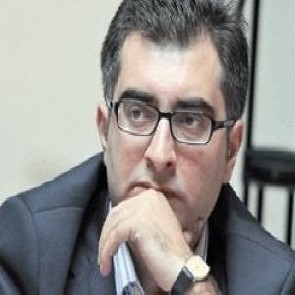 On 27 April 2015, a coalition of Non-Governmental Organizations published the following statement expressing their "deepest disappointment" over what they consider to be a "weak" response by the European External Action Service to the persecution of human rights defenders in Azerbaijan.

Joint Open letter on the European Union position on Azerbaijan

We the undersigned Non-Governmental Organisations wish to express our deepest disappointment with regards to the weak positioning of the European External Action Service in reaction to the two recent convictions of human rights defenders Mr. Rasul Jafarov and Mr. Intigam Aliyev.

On 16 April, the Baku Grave Crimes Court handed down a six and a half year jail sentence to Mr. Rasul Jafarov. Mr. Jafarov actively participated in the “Sing for Democracy” and the “Art for Democracy” movements ahead of the Eurovision song contest in Baku in May 2012, and was planning a campaign called “Sports for Human Rights” prior to the European Olympic Games which will take place in Baku in June 2015. Mr. Jafarov has been arbitrarily detained since August 2014 on multiple charges[1]. The sham trial against this human rights defender was based on trumped-up charges, lacked openness and transparency. International trial observers repeatedly noted that no evidence of Mr. Jafarov’s guilt was presented during the proceedings. The “victims” testified that they incurred no prejudice and denied considering themselves as victims.

Mr. Jafarov was also heading the “Human Rights Club” established in December 2010. Despite repeated attempts to register his NGO with the Azeri government, registration was repeatedly refused by the authorities. Constant refusal to register NGOs that are critical of the regime is a commonly used method of repression by the Azeri authorities. Unregistered organisations are barred from opening a bank account, working and receiving funding legally. Thus, any funding is considered as the NGO leaders' personal and any NGO activity is seen as illegal entrepreneurship. The authorities use this very convenient repressive legal framework to prosecute activists and human rights defenders for tax evasion and thus silence critical voices.

On 22 April, another prominent human rights defender and renowned lawyer, Mr. Intigam Aliyev, was sentenced to seven and a half year of prison. Mr. Aliyev was arrested on 8 August 2014 and subsequently charged with illegal entrepreneurship, tax evasion, service forgery, misappropriation and abuse of office. Mr. Intigam Aliyev represented several dozens of applicants before the European Court of Human Rights in Strasbourg. He has been awarded the Homo Homini Award by the Czech human rights organisation People in Need and Andrei Sakharov’s Freedom Award by the Norwegian Helsinki Committee.

The trial of Mr. Intigam Aliyev was marred with severe and continued violations as documented[2] by the international observers present at the hearings. The small size of the court room at the initial hearings did not allow international observers, NGOs and representatives of foreign embassies to attend. Mr. Aliyev was transferred to the court room in handcuffs and he was held in a metal cage during the proceedings. Court dismissed several motions by the defense, including replacing pre-trial detention with house arrest or releasing him on bail. The decision on the motion submitted by the defense for the 10 March 2015 hearing to release 101 documents seized by the police was postponed for “further consideration”. These documents, among others, contain evidence that Mr. Intigam Aliyev did register the grants he received with the Azerbaijan Ministry of Justice.

A few weeks before the May Eastern Partnership Riga Summit and the June European Olympic Games in Baku, these sentences epitomize the endless cycle of repression underway in Azerbaijan. It is characterised by the suffocation of the independent civil society and media through systematic harassment and account freezing and the continuing arbitrarily detention of other human rights defenders, including Leyla Yunus, Arif Yunusov, Khadija Ismayilova, Anar Mammadli, Hilal Mammadov and Rauf Mirqadirov. On 1st April, Council of Europe Commissioner for Human Rights Nils Muižnieks stressed that the Rasul Jafarov case was part of “a clear pattern of repression in Azerbaijan against those expressing dissent or criticism of the authorities”[3].

In this context, our organisations express their profound disappointment with the mild reactions of the European External Action Service following Mr. Jafarov's and Mr. Aliev's condemnations. On 16 April, the Statement by the Spokesperson of the High Representative/Vice-President referred to the conviction of Mr. Jafarov as “disproportionate”, and it merely expressed the hope that the authorities “ensure that Rasul Jafarov is given the opportunity to appeal this verdict in a fair and unbiased process”[4]. On 24 April, the Spokesperson issued a very similar Statement concerning Mr. Aliev's conviction.

The weakness of the EU position is all the more obvious as the US Department of State Statement clearly urged in two distinct Statements the Azerbaijan authorities to “release [Mr. Jafarov/Mr. Aliyev] and others incarcerated in connection with exercising their fundamental freedoms”[5 6].

Our organisations believe that a weak EU positioning, by associating the concept of proportionality with a clearly iniquitous trial, and by failing to call for the immediate release of persons who should never have been prosecuted, serves to comfort rather than deter the policy of repression in Azerbaijan.

Our organisations call on the European Union and its Member States to: -- adopt a public positioning clearly requesting the immediate and unconditional release of all arbitrary imprisoned human rights defenders and journalists, including Mr. Jafarov and Mr. Aliyev. -- condition discussions on the future Strategic Modernization Partnership with Azerbaijan and sectoral discussions on energy to the release of these persons and an end to the systematic harassment on the civil society and the media. -- urge the Azeri authorities to amend 'Law on NGOs' in line with the Venice Commission's December 2014 recommendations and allow free and unfettered working environment for civil society organisations. -- condition high level participation to the opening ceremony of the European Olympic Games to the release of the above mentioned human rights defenders and journalists and to the end of the harassment of civil society and the media.

The Observatory for the Protection of Human Rights Defenders, a joint programme of the International Federation for Human Rights (FIDH) and the World Organisation against Torture (OMCT)

On 18 March 2015, the President of Azerbaijan signed a pardon to 101 persons, including human rights defender Mr Bashir Suleymanli, the Executive Director of the Election Monitoring and Democracy Studies Centre (EMDS) in Baku.

On 26 May 2014, the Baku Court of Serious Crimes had sentenced the human rights defender to three and a half years' imprisonment for convictions under Articles 179-3-2 (appropriation), 192-2-2 (business activity by an organised group without registration), 213-1 (tax evasion), 308-2 (abuse of official authority with grave consequences) and 313 (forgery) of the Criminal Code and sentenced him to three and a half years.

Front Line Defenders welcomes the release of Bashir Suleymanli but remains concerned for his colleagues who remain in detention after also having beenconvicted on 26 May 2014 of the same charges: Mr Anar Mammadli, chairman of the EMDS and a board member of the European Platform for Democratic Elections (EPDE) and Mr Elnur Mammadov, employee of the EMDS as well as the president of their partner organisation International Cooperation of Volunteers Union.

Several other human rights defenders are also in detention, including Ms Leyla Yunus and Mr Arif Yunus, Mr Rasul Jafarov, Mr Intigam Aliyev, and Ms Khadija Ismail. Others have left the country out of fear for their security or have been the subject of travel bans. MrEmin Huseynov, head of Institute for Reporters' Freedom and Safety, has been living in the Swiss Embassy in Baku since August 2014, when he escaped imminent arrest.

The situation of human rights defenders in Azerbaijan is of great concern to the Commissioner. Reprisals, including judicial harassment, against critical voices in general, and those denouncing human rights violations in the country in particular, is a widespread phenomenon in Azerbaijan, to which the Commissioner has repeatedly attempted to bring the attention of the authorities in his reports and interventions.

Read the Commissioners intervention on the case of Rasul Jafarov.

Read the Commissioners intervention on the case of Anar Mammadli.

Mr Mammadli is Chairman of the Election Monitoring and Democracy Studies Center which monitored the last presidential election in Azerbaijan and published critical reports on the electoral process. His organisation co-operates with international human rights organisations including the Council of Europe. The rapporteurs have met him on several occasions during their fact-finding visits to Baku and at the Parliamentary Assembly in Strasbourg.

“This decision on pre-trial detention may raise suspicions about politically motivated justice which we denounced in our recent report on the honouring of obligations and commitments by Azerbaijan debated in the Assembly earlier this year”, said the co-rapporteurs, pointing out that pre-trial detention should be the last resort and can be justifiable only in exceptional circumstances. “Fairness of judicial procedure and, more generally, the lack of independence of justice, are serious concerns in Azerbaijan”, they added.

"We call on the Azerbaijan authorities to ensure that the legal proceedings are conducted transparently and in full compliance with Azerbaijan’s obligations under Articles 5 and 6 of the European Convention on Human Rights. That includes a possible revision of the decision on pre-trial detention. We will follow very closely the whole procedure and will raise this question with the authorities during our planned visit early next year,” they concluded.