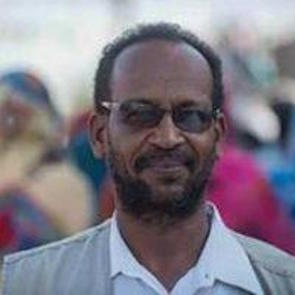 Front Line Defenders expresses grave concern for the detention and criminal charges brought against Khalafalla Alafif Mukhtar and Adil Bakheit, which it believes to be solely motivated by their peaceful work in the defence of human rights. It also expresses concern at the recent pattern of judicial harassment and unlawful investigations which have been intensely increasing over the past few months, against human rights defenders and organisations, as well as the increased use of arbitrary detention by the NISS as a tool for the repression of the work of human rights defenders in Sudan.

1. Immediately and unconditionally release human rights defenders Khalafalla Alafif Mukhtar and Adil Bakheit, and all staff members of TRACKS and drop all charges against them, as Front Line Defenders believes that they are being held solely as a result of his legitimate and peaceful work in the defence of human rights;

On 3 May 2015, human rights defender Mr Adil Bakheit was released from detention on bail.

Prior to his release, Adil Bakheit had appealed the State Security Prosecution Office's decision to charge him on the basis of seven articles of the Criminal Act, 1991. The charges included criminal conspiracy, calling for opposition to public authority through the use of violence, publication of false news, waging war against the State, and impersonating a public servant. These charges remain outstanding and Bakheit faces the possibility of rearrest at any time. The human rights defender was also charged with offences against the State undermining the constitutional system, punishable by life imprisonment or the death penalty, however this charge has been dropped.

Adil Bakheit was summoned and subsequently detained on 18 April 2015 at Al Awasat Police Station, and there charged by the State Security Prosecution Office. The charges against Adil Bakheit are reportedly based on a human rights workshop he conducted on 26 March 2015 at the Tracks Training Centre. Documents and laptops were confiscated on that day, including Adil Bakheit's laptop.

Bakheit's arrest occurred at the Tracks Training Centre. He was subsequently held in custody at Al Awasat Police Station, where the State Security Prosecution Office charged the human rights defender based on seven articles of the Criminal Act 1991, including criminal conspiracy, calling for opposition to public authority through the use of violence, publication of false news, offences against the State undermining the constitutional system, waging war against the State, and impersonating a public servant.

The charges against Bakheit are reportedly based on a human rights workshop he conducted on 26 March 2015 at the Tracks Training Centre. Documents and laptops were confiscated on that day, including Bakheit's laptop, and three of the centre's staff were interrogated following a raid on the premises. The charges against the human rights defender mean he faces possible sentences amounting to life imprisonment or the death penalty.

Sudan Human Rights Monitor and its members have previously been targeted by the NISS. On Sunday, 21 December 2014 at approximately 12 pm, a group from the NISS raided the premises of the organisation and forced the cancellation of a workshop focused on training for shadow reporting for the United Nations Universal Periodic Review which was being held there.

Bakheit's arrest is indicative of a widespread crackdown on citizens working for reform and advocating for human rights in Sudan.

The NISS arrested human rights defender Amin Mekki Medani on December 6, 2014 and detained him incommunicado until 21 December 2014. His arrest was connected to his support for the "Sudan Call," a document drafted by opposition groups and civil society members calling for a peaceful and popular democratic transformation. The Special Anti-Terrorism Court in Khartoum began its trial against Medani on 23 February 2015, on charges of “undermining the constitutional system” and “waging war against the state.” both of which are presumably punishable by death. After an extended trial, the Minister of Justice froze the case against Medani and released him from jail on 9 April 2015.