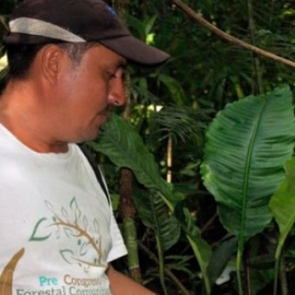 On 16 March 2016, human rights defender Mr Walter Méndez Barrios was shot and killed outside his home in Las Cruces, in the department of Petén.

Walter Méndez Barrios was a well known environmental rights defender, who fought to protect natural resources in communities of the Maya Biosphere Reserve (Reserva de la Biósfera Maya). He was a founding member of Frente Petenero Contra las Represas – FPCR (Petenero Front Against Dams - FPCR), an organisation formed in 2005 to fight for the land rights and the right to water and other natural resources of those affected and threatened by the construction of dams. He was also the president and legal representative of the Cooperativa La Lucha (La Lucha Cooperative), and a board member of the Asociación de Comunidades Forestales de Petén – ACOFOP (Association of Forest Communities of Petén). Both groups advocate for the improvement of the quality of life of indigenous and rural communities through community forest management and the sustainable use of the resources.

Prior to his assassination, Walter Méndez Barrios had recently visited the Boca del Rio Hydroelectric Dam and had been conducting activities to raise awareness about the negative environmental impact of palm oil production in Guatemala, the expansion of which has caused the destruction of the Petén Rainforest.

The killing of Walter Méndez Barrios is not the first assassination of an environmental rights defender to have been carried out in the area. On 18 September 2015, Mr Rigoberto Lima Choc, one of the first documenters of environmental damage occurring due to the activities of the Empresa Reforestadora de Palma de Petén SA – REPSA in the Río de la Pasión, was also killed.

I strongly condemn the killing of human rights defender Walter Méndez Barrios, which I believe to have been directly motivated by his peaceful and legitimate work in defence of the environment and the rights of indigenous and rural communities in El Petén, and express my serious concern at the increasing risks faced by environmental human rights defenders in Petén.

2. Take all necessary measures, in consultation with the defenders or their representatives, to guarantee the physical and psychological integrity and security of all members of “La Lucha” Cooperative, FPCR and ACOFOP, as well as the family of Walter Méndez Barrios;

3. Carry out an immediate, thorough and impartial investigation into the killing of Walter Méndez Barrios, with a view to publishing the results and bringing those responsible to justice in accordance with international standards;

4. Implement the necessary measures to prevent the recurrence of these abuses;