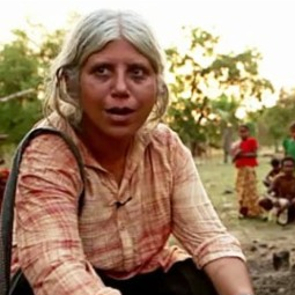 Bela Bhatia is a human rights defender, independent researcher, writer and presently Honorary Professor at Tata Institute of Social Sciences, Mumbai. In January 2016 and November 2015, Bela Bhatia brought to light two instances of gang rape and sexual assault by security forces conducting anti-Maoist operations, and provided assistance to the victims in filing complaints with the police in Bijapur. The human rights defender has participated in the preparation of many fact-finding reports and served on a Planning Commission-appointed panel to examine challenges to governance in areas of the Maoist rebellion. Prior to that she had engaged in extensive study of the Naxalite movement in Indian states such as Bihar, Andhra Pradesh and Chhattisgarh.

On 26 March 2016, a group of around 100 men, women and armed police officers in plain clothes came to the village eight kilometres from Jagdalpur, where Bela Bhatia rents a house. The human rights defender was not at home at the time. In her absence the group questioned Bela Bhatia's landlady and neighbours about the human rights defender. They demanded that the landlady answer questions as to why she had rented a place to a “Naxalite terrorist” and told her to order Bela Bhatia to vacate the house. The crowd subsequently marched through the village, shouting slogans such as “Death to Bela Bhatia”. They also distributed pamphlets calling the human rights defender a “Naxal stooge”, a “foreign stooge”, and criticizing her husband, Mr Jean Dreze, accusing him of being a Naxal supporter.

Bela Bhatia has faced intimidation on multiple occasions in recent weeks. In February 2016, police visited her home in the village, questioned her neighbours and photographed her landlord. In January 2016, after the human rights defender had helped several women who had been raped by police officers to file complaints in Bijapur, she faced intimidation from representatives of Samajik Ekta Manch, who organised a mob and shouted slogans accusing her of being a Naxalite, and of not raising issues of human rights abuses by Naxals. Samajik Ekta Manch is a Jagdalpur based organisation reportedly supported by the Chhattisgarh Police, allegedly to counter Naxal influence and activities in the Bastar region. The group has previously used the same intimidating and threatening tactics against several other women human rights defenders in the Bastar region, including tribal activist Ms Soni Sori, lawyers Ms Shalini Gera and Ms Isha Khandelwal, and journalist Ms Malini Subramaniam.

The harassment of Bela Bhatia is part of a larger wave of repression of human rights defenders, including lawyers, researchers and journalists, standing up against police in the Bastar district. Previously, investigations into human rights violations in the area had been rare due to significant restrictions of people's freedoms as a result of the long drawn-out military confrontation between government forces and Maoist rebels in the region. However, two protests against human rights violations committed by police and restrictions upon the freedom of speech in October and December 2015 served to instigate greater human rights activism in Bastar.

I strongly condemn the harassment of Bela Bhatia, which I believe is directly linked to her legitimate and peaceful work in the defence of human rights in the Chhattisgarh state.

1. Immediately cease all further harassment of Bela Bhatia, as I believe that the human rights defender has been targeted solely as a result of her legitimate and peaceful work in defence of human rights;

2. Take all necessary measures to guarantee the physical and psychological integrity and security of Bela Bhatia as well as of the members of her family;