Testimony by Wendy Mutegi at the 2015 Dublin Platform

Title:
Testimony by Wendy Mutegi at the 2015 Dublin Platform

On 19 November 2015 after our meeting ended at 5:30pm and I boarded a matatu (public mini-bus), and set off on my journey home. All seemed well, no cause for alarm.

At my stop the matatu pulled to the side at my request. Immediately, two well-dressed men also alighted. I heard one of them say the name of the stop over the phone and the other approached me quickly and whispered to me to cooperate with them.

In an instance a car pulled up and by the time I tried to read the number plate, I was ordered to get inside. I was pushed between a woman and a man who were already sitting in the car and the car took off over the flyover bridge and back onto the highway. They drove so fast and I was in a panic, knowing I was dead. My life was over. I would be killed and dumped in the forest.

By this time they had already taken possession of my laptop and the woman was holding my phone.

One of the men spoke on the phone and told the listener that the "prayers" could proceed. The woman told me to relax. They had instructions not to hurt me. We were going for a peaceful ceremony and it would only be successful if I participated.

When I saw the car take a turn towards the forest, I broke down and started to cry. I sobbed so much that I almost blacked out. The woman kept insisting that they were not allowed to hurt me at all.

We reached the tree and another group of 10 men were waiting for us with a white goat. An old man started praying immediately when we got out of the car and this was very scary.

One man from the group asked me if if I had any more issues with the people using the forest and I quickly said no. I was made to repeat ten times that on behalf of my community I had no problem with them. The goat became my witness and that as the goat was going to die, if I did anything more against them, I would die like the goat and they would not be to blame.

The sacrifice could not take place in the presence of women, so the woman and I returned to the car. I cannot tell you how long it took. Afterwards the men returned to the car and we drove to a distant place on a very rough road. The woman covered me with her shawl so I could not see.

The car finally stopped and a very elderly woman led me to a windowless hut. There was absolutely no talking. The woman only thanked me for being cooperative. She said that there would be a final ritual the following night at midnight and we would stay in the hut until then. I was very scared and felt like causing a scene, but I was very afraid of death and I could smell danger.

Finally in total darkness, a man came for us and led us back to the ceremony. I was asked if I had any issues with the businesses in the forest and I quickly said no. I was made to promise to keep quiet forever and I did. The people gathered there were then asked if they were now contented and they said yes.

Then I left in the car, again covered by the woman's shawl. We were on the road for a long time and finally, the car stopped, I was pushed out and the car drove off. I was still scared and fatigued and I stood there wondering where I was. A man passed and I naively told him I didn't know where I was, that I was not a prostitute and that I needed help. He offered to go and get me a taxi. I still had my money and my documents. They kept my phone and my laptop.

Very cold, hungry, scared and traumatised, I was safely dropped to my friend's house. I immediately called my first born son and communicated with Front Line Defenders briefly. I was tongue-tied and couldn't talk.

Before my release, I was given conditions for survival. To keep the experience a secret and not to tell the police. Nothing negative should be said about the current beneficiaries from the forest resources. Stay away from the region for 3 months and lastly, a death warrant if the incident is leaked.

Though shattered, traumatised and in pain, fear and panic, I am encouraged by one thing. My assailants left me alive, and now I have an opportunity to recount my experience, though keeping the names and places secret for my security. 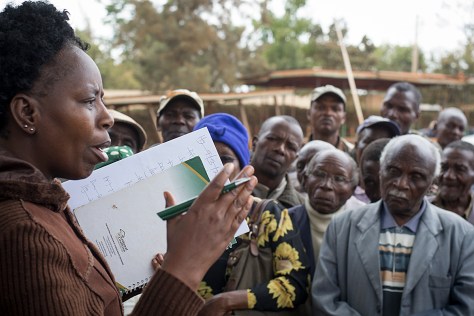 Though shattered, traumatised and in pain, fear and panic, I am encouraged by one thing. My assailants left me alive, and now I have an opportunity to recount my experience, though keeping the names and places secret for my security.