During all these years of imprisonment, I not only resist the injustice which I'm going through, but also as the days, months and years go by, it brings inexorably  with it the time and  until it reaches oblivion . That's what I refuse, I refuse to be erased with the passage of time.

What those who imprisoned me seek is that: "invisibilizarme", to erase me from the picture. I remember the words of the poet Pablo Neruda in his work I Confess I have lived: "These opponents are stimulated and want to turn off the light so that one is not seen."

Precisely, that light  has been turned off on me on several occasions and in many ways, so people won't listen to me nor see me. That is to seek by all means to silence me, erase me from the map or rather from the face of the earth. Surely these oponents are convinced that their evil claims are easy to fulfil, and no wonder, because someone like me, who have been put under public scrutiny, stigmatized and mudded by the lowest and more vile methods; this evil objective... they think it is easy to reduce me to ashes. But I resist not only to be forgotten, I also resist the dire attempts of sinking me into the mire of deceit by those who use lies to achieve their evil ends.

Nor fogotten nor silenced. As said by Elie Wiesel, Nobel Peace Prize in 1986: "Silence encourages the torturer never the tortured." Of course, I was never silenced. The torture and humiliation to which I have been permanently subjected have encountered the echo of my voice that cries out for justice. Justice against injustice and truth against lies. I can not keep silent, because silence encourages injustice, encourages counterfeiters and torturers.

This ordeal to which I have been forced for so long makes it seems that injustice is being imposed. There are so many abuses committed in this trial, apparently the lie is triumphing over the truth. There are so many injustices, but also so much evidence demonstrating the effrontery of this process that I can't not remember  the poet and playwright German Bertolt Brecht, who wrote: "Not because those who struggle against injustice are overcomed that injustice is right". Because there is no reason for this injustice is why I resist, I continue so this torrent of light of truth shines with all its splendor and imposes itself against the dark shadow of falsehood.

In these circumstances where uncertainty is the daily bread, I did not submit myself to oblivion and less yet to get used to this condition. And as the phoenix I get up from the ashes, I insist on discovering the truth and to unfold all the scaffolding of the criminal plan they used to imprison me.

I can not fail, I am filled with energy and dreams and always remembering the poet Victor Hugo: "The soul has illusions as the bird has wings: it is supported by them."

Of course, it not only keeps my spirits up knowing that gradually the true facts are known, but solidarity has been an essential axis for that moral to continue unabated, demonstrating and defeating the dark forces that wove all this criminal scaffolding lie.

As life is the sum of many moments and oblivion is the subtraction of unaccomplished events, it gives life to the words of the poet Marcos Ana who was in the dungeons of Spanish Francoism for 23 years: "There are some tremendous moments in life that the heart can not let off steam with tears but with action and solidarity".

To the vicissitudes of confinement and persecution one must inject much energy, strength and permanent action, that I have done, trying to make what is difficult easier. No doubt that my tears remain invisible, invisible like the wind, down to the depths of the soul as planting seeds. Seeds of hope, seeds of dignity and seeds of freedom. This has been my path in all these days, months and years in prison. But solidarity I have received has been fundamental so these injustices and oblivion do not meet a nest, but instead help to surface all those truths that will allow my freedom. 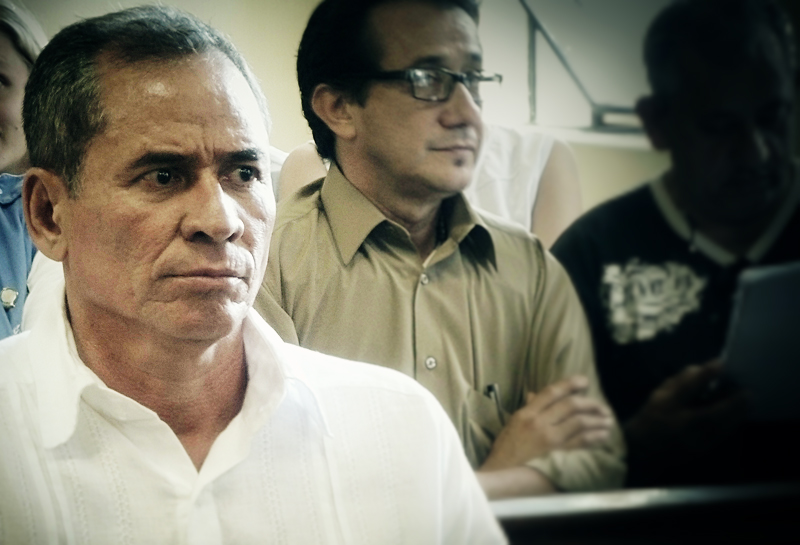 During all these years of imprisonment, I not only resist the injustice which I'm going through, but also as the days, months and years go by, it brings inexorably  with it the time and  until it reaches oblivion . That's what I refuse, I refuse to be erased with the passage of time.