Mexico: security concerns for Soledad Jarquín rise one year after her daughter's feminicide

The Observatory (OMCT-FIDH) and Front Line Defenders express their concern about the risk faced by the journalist and human rights defender, Ms. Soledad Jarquín, in connection with her search for justice after the feminicide of her daughter, journalist María del Sol Cruz Jarquín.

Threats against her life and security incidents against Soledad Jarquín increased after her active role in search for justice before a number of judicial authorities, with the purpose of revealing the material and intellectual authors of the killing of her daughter María del Sol Cruz Jarquín. The killing had occurred on 2 June 2018, in the municipality of Juchitán de Zaragoza, in the State of Oaxaca. 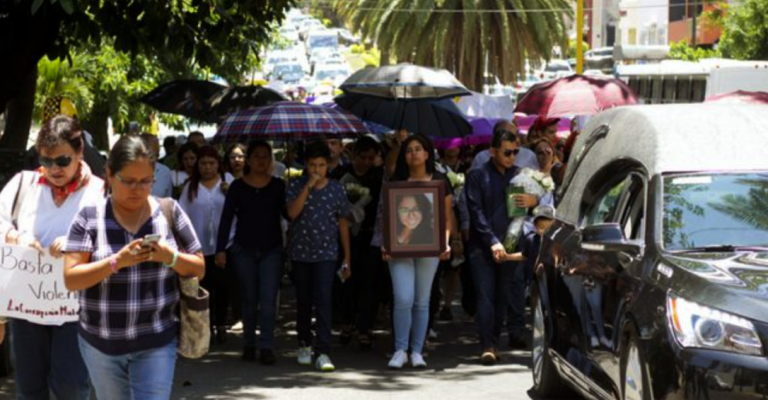 María del Sol Cruz Jarquín was 27 years old and worked as the Head of the Department of Intercultural Indigenous Communication in the Directorate of Cultural Strengthening and Interculturality of the Subsecretariat of Indigenous Development, part of the Secretariat of Indigenous Affairs (SAI)2. Despite the number of investigation files that were opened during the year that followed her killing, advances on the state of investigations are still minimal. Based on the risk of impunity and on the characteristics of the case, Soledad Jarquín and accompanying organizations have requested that it is forwarded to the Attorney General's Office (Fiscalía General de la República).

The case of María del Sol Cruz Jarquín and the impunity that followed is emblematic of the dramatic situation of feminicidal violence in Oaxaca, which is increasing exponentially. In the two and a half years of the current administration, at least 297 feminicides were documented, 67% more than the previous period on the former administration.

In June 2018, after the killing of her daughter, Soledad Jarquín accessed the National Mechanism for the Protection of Human Rights Defenders and Journalists due to the existing threats against her. One of the protection measures agreed with the defender was the establishment of working groups with the Ministry of the Interior and of the Attorney General of the State of Oaxaca to push for investigations on the case. However, the session planned for April 2019 was unilaterally cancelled by the authorities. To date, the defender remains without the appropriate measures to guarantee her adequate protection.

The Observatory and Front Line Defenders express their concern at the levels of impunity for crimes committed against human rights defenders and journalists in Mexico and recalls that impunity is one of the main risk factors for those who defend human rights. The lack of investigations, sanctions and adequate protection measures is seen as an enabling factor for the levels of violence registered against Ms. Soledad Jarquín.

Our organizations reiterate their demand for Mexican authorities to adopt urgent and effective measures to protect the life and physical integrity of Ms. Soledad Jarquín. We also ask for guarantees that the investigations on the killing of María del Sol Cruz Jarquín are held speedily, and in an independent, immediate, exhaustive and impartial manner, to avoid that the crime against her daughter María del Sol Cruz Jarquín remains unpunished.

Furthermore, The Observatory and Front Line Defenders call on Mexican authorities to carry out immediate, thorough and impartial investigations into the threats and attacks against Soledad Jarquin, with a view to publishing the results and bringing those responsible to justice in accordance with international standards; and to guarantee, in all circumstances, that all women human rights defenders in Mexico are able to carry out their legitimate human rights activities without fear of reprisals, including threats of violence.

The Observatory for the Protection of Human Rights Defenders (the Observatory) is a programme created in 1997 by the World Organization Against Torture (OMCT) and FIDH and aims to intervene to prevent or remedy concrete situations of repression against human rights defenders. OMCT and FIDH are both members of ProtectDefenders.eu, the European Union Mechanism for Human Rights Defenders implemented by international civil society.

1 Soledad Jarquín Edgar is a feminist and a journalist with 34 years of experience. She was awarded the national journalism prize in 2006 and is a member of the National Network of Women Human Rights Defenders. She is also one of the promoters of the Special Women's Service portal (SEMMéxico).

2 Since 16 April 2018, the journalist was chosen illegally and against her will to cover the election campaign of the brother SAI’s director, who, at the time, was a candidate to the municipal presidency of Juchitán, Oaxaca.