We, the undersigned organisations, strongly condemn the killing of environmental and human rights defender Jeremy Abraham Barrios Lima, in the centre of Guatemala City on 12 November 2016. Two unidentified assailants passing on a motorcycle shot him twice in the head. They did not steal any of his personal belongings. Jeremy died of his injuries shortly after. He was 22 years old.

Jeremy had been working as the Assistant to the General Director of the Centre for Legal Environmental and Social Action of Guatemala - CALAS (Centro de Acción Legal Ambiental y Social de Guatemala) for the past two years. As part of his work he managed sensitive information related to high profile cases that CALAS is litigating. CALAS is an environmental and human rights organisation founded in 2011, which has been working to protect environmental rights, including through denouncing abuses committed by mining companies in the region. Before joining CALAS, Jeremy was a student leader active in the normalista (teacher training) movement.

“Trócaire is appalled at the increasing levels of intimidation and violence human rights defenders face in Guatemala. Unless impunity for these crimes is addressed and better protection mechanisms are put in place, Guatemala will continue to be an unsafe place for people to legitimately defend their human rights and work to protect their environment” – Lorna Gold, Head of Policy and Advocacy, Trócaire.

Although Jeremy did not report having received any personal threats in the days prior to the murder, other members of CALAS have been subjected to intimidation, attacks and attempted assassinations in the past. On 30 November 2015, Pedro Rafael Maldonado Flores, Legal Director for CALAS, received death threats via his Twitter account. A few months earlier, on 29 July 2015, Pedro Rafael was in the CALAS office, when an unknown gunman on a motorcycle fired a number of shots outside. CALAS Director Yuri Melini also suffered an assassination attempt in 2008, when he was shot outside the home of a family member.

“Human rights defenders in Guatemala are under siege. The killing of 22 year old Jeremy Abraham Barrios Lima is just the latest attempt to silence those who are defending the rights of vulnerable communities, against the ruthless exploitation of multinational companies.”

In the first 11 months of 2016, Front Line Defenders has recorded at least 11 killings of human rights defenders in Guatemala. As reported in the latest Front Line Defenders Annual Report, environmental, indigenous peoples’ and land rights defenders are those most at risk and in 2015 they were the target of 41 per cent of the killings in Latin America.

2. Carry out an immediate, thorough and impartial investigation into the killing of Jeremy Abraham Barrios Lima, with a view to publishing the results and bringing those responsible to justice in accordance with international standards;

3. Immediately take all necessary measures, in consultation with the defenders, to guarantee the physical and psychological integrity and security of all environmental and human rights defenders, including members of CALAS;

4. Guarantee in all circumstances that all human rights defenders in Guatemala are able to carry out their legitimate human rights activities without fear of reprisals and free of all restrictions, including judicial harassment. 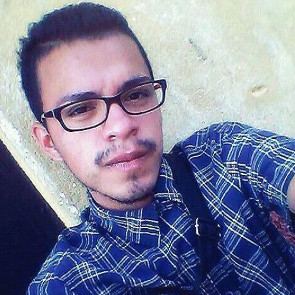