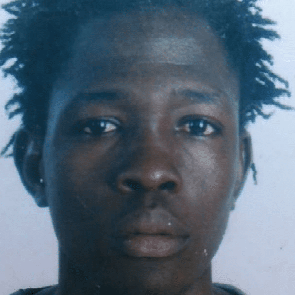 Soumaila Sacko was a Malian human rights defender, who was killed on 2 June 2018 in San Calogero, southern Italy, while he was collecting scrap metal from an abandoned factory to build a shack in the tent-city of San Ferdinando. Two other migrants who were with him survived the attack.

Since 2016, Soumaila had been an active member of USB (Unione Sindacale di Base), a grassroots trade union that has been supporting migrant farm workers in Italy. Soumaila Sacko had repeatedly spoken out about human rights abuses in the municipality of Gioia Tauro in Calabria, where migrants work in inhumane conditions for little pay, and are forced to sleep in grave sanitary conditions in a tent-city which lacks basic services.

On 2 June, Soumaila Sacko went to an abandoned factory near the village of San Calogero with two friends. They were looking for scrap metal, which they intended to use to build a shack in the tent-city of San Ferdinando, where they live.

According to the testimony of Madiheri Drame, who was wounded but survived the attack, at around 20.30 a man drove close to the factory and – from a distance of approximately 150 metres – shot at them four times. One of the bullets struck Soumaila Sacko in the head. When the police arrived they immediately drove him to the hospital, where he died shortly thereafter.

The main suspect in the killing is Antonio Pontoriero, a relative of one of the owners of the abandoned factory, who was arrested on 7 June. The factory was closed in 2011, when the Italian authorities launched an investigation into a toxic waste traffic scandal involving the factory’s owners, who had been illegally throwing toxic waste in the factory premises.