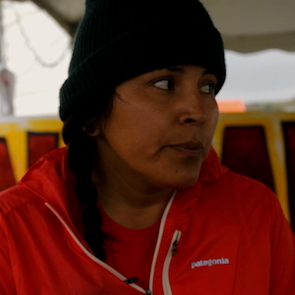 Indigenous people are no longer going to carry countries on our backs. We need to be driven by what’s good for all, and not good for just some. And always keeping in mind the generations that are yet to come. 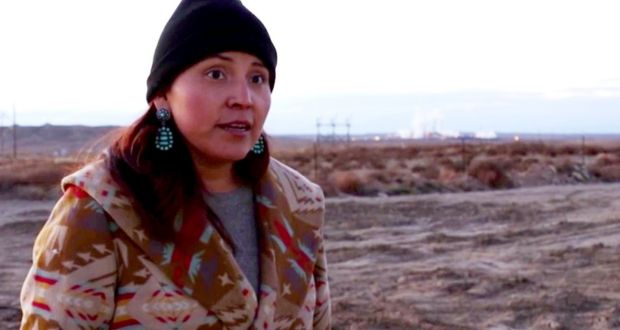 People need an avenue to break away from the entrenched poverty and environmental destruction that plagues reservations. Like many other reservations, the Navajo Nation is plagued with addiction and hardships. The high rates of suicide, diabetes, domestic violence, cultural loss and natural resource extraction adds to the load. Our air, water and land are being sacrificed. Not only is our tribal sovereignty at risk but so is our cultural and food sovereignty.

Kimberly Smith is a Native American activist and artist. She is an Art Campaigner at Honor the Earth, a non-profit organisation working, since 1993, to raise awareness and financial support for Native environmental justice. Since 2016, Honor the Earth has taken an active role in the Dakota Access Pipeline protests, working closely with indigenous communities from Dinétah and the Standing Rock Sioux Tribe. They also campaign against fracking, coal mining in Crow, Cheyenne, and Navajo Terrain, and sexual violence against indigenous women in the Great Lakes region. In addition, Honor the Earth awards grants to grassroots community-based organizations which are led and managed by Native peoples.

Since April 2016, Native Americans, including the Standing Rock Sioux tribe, and environmental defenders from all over the world have been protesting against the Dakota Access Pipeline process, peacefully demanding protection of their rights to their land, resources and historic cultural sites. Human rights defenders have faced violent repression of peaceful protest, including the use of attack dogs, pepper spray, water cannons, harsh treatment and several dozens protesters were arrested. 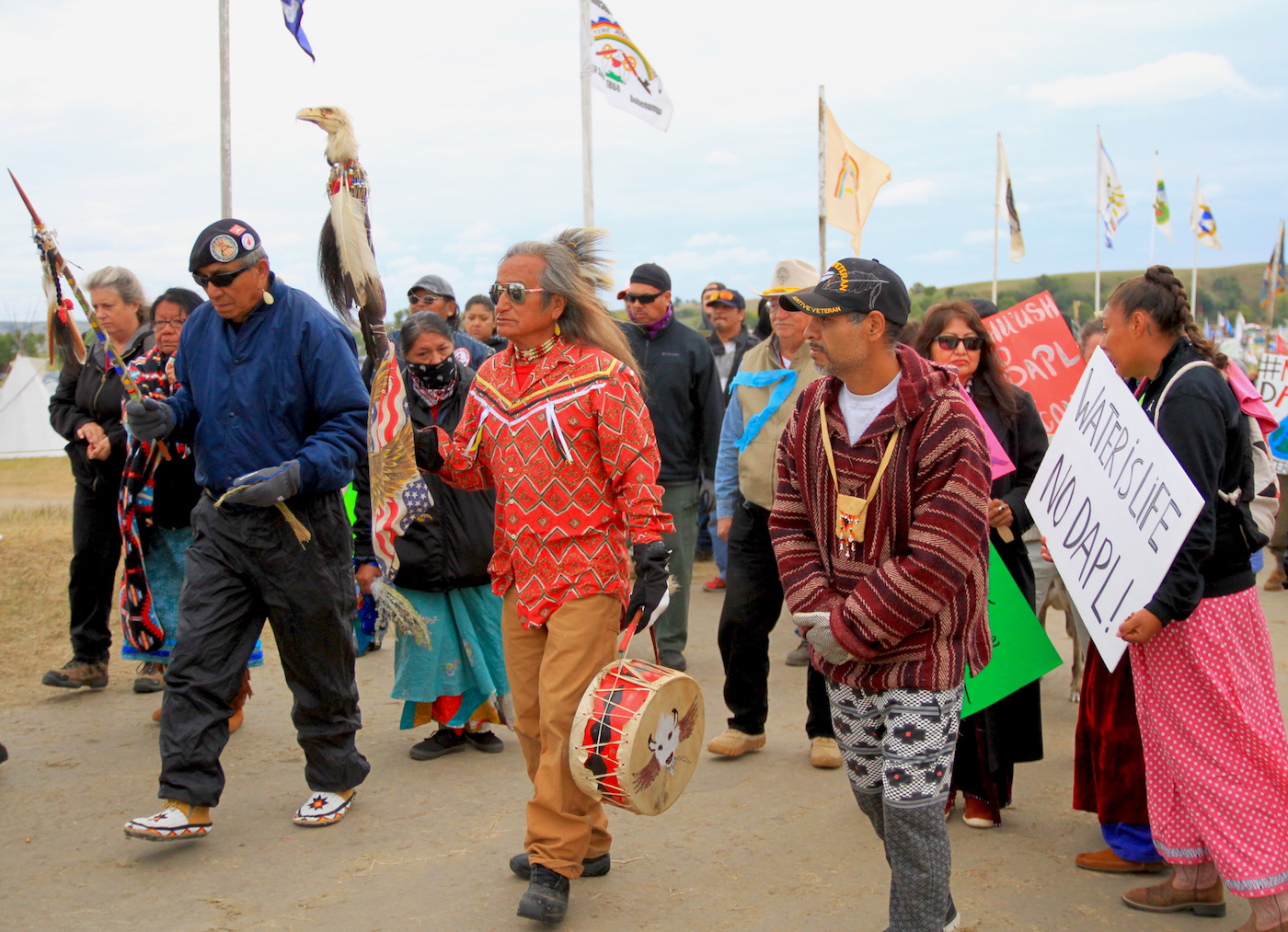 HRDs in the USA have been subjected to acts of harassment, intimidation, death threats, stigmatization and restrictions have been placed on their freedoms of expression, assembly and association. Some defenders have also been dismissed from their jobs and been prevented from earning a living, are subject to spurious legal proceedings, and have been arrested, detained, placed under house arrest, beaten and been victims of violent and armed attacks.