Is the Philippines among the worst countries for human rights?

Human Rights Day: what do you want to ask campaigners?

We persevere, even as we witness extrajudicial killings, disappearances, torture, illegal arrests, forcible evacuations on a daily basis. We persevere, because we believe in the power of an oppressed people to endure and triumph over repressive regimes and build another world that truly respects and promotes people's rights.

Cristina Palabay, 36, is the Secretary General of KARAPATAN or the Alliance for the Advancement of People’s Rights-Philippines. KARAPATAN is a national alliance of human rights organizations, desks and individual advocates working for the promotion and protection of human rights in the Philippines. Its founders and members have been in the forefront of the human rights struggle in the country since the time of Marcos' martial law regime. KARAPATAN was established in 1995 and is a duly registered non-governmental organization with the Philippine Securities and Exchange Commission.

KARAPATAN has sixteen (16) regional chapters in the country and has more than forty member organizations. KARAPATAN has consistently addressed the issues of extrajudicial killings, enforced disappearances, political prisoners and militarization. The Alliance helps in organizing mass actions that expose human rights violations and challenge State policies and actions that promote the culture of impunity. KARAPATAN documents human rights violations through fact-finding missions and quick reaction response; files cases through courts, even quasi-judicial bodies like the Commission on Human Rights, and the United Nations and other international human rights bodies; refers victims to medical professionals and groups for psycho-social and other medical help; and organizes victims of human rights violations and their families.

Palabay has been with KARAPATAN since 2010 and has served and led the organization in her full knowledge and capacity as a consistent human rights and women’s rights advocate. She serves as the spokesperson and representative of the Alliance in various forums and engagements. She has joined numerous quick reaction, fact-finding and humanitarian missions to document and investigate human rights violations, conduct advocacy activities and lead mass actions, and assist the victims of rights violations and their families. She has provided paralegal assistance to victims and kin in filing cases and complaints to courts and other redress mechanisms, initiated dialogues with government institutions and inter-governmental bodies, conducted lobby efforts for the enactment of various legislation for human rights such as the Bill for the Protection of the Rights of Human Rights Defenders, and has made several jail visits to political prisoners to look into their situation.

As Secretary General of KARAPATAN, Palabay oversees the implementation of the General Program of Action of the Alliance and serve as the main spokesperson/ representative of the organization.

As part of her work, she has been to several provinces in the country, including to Mindanao, in various occasions. She led a National Factfinding Mission to investigate human rights abuses by the Armed Forces of the Philippines in Talaingod, Davao del Norte on May 11-16, 2014, where independent factfinding teams conducted interviews and group discussions among residents of militarized communities in Talaingod.

Palabay has been a political activist since her student days at the University of the Philippines, as Secretary General of the Nationwide Alliance of UP Student Councils and later on as the National President of the National Union of Students of the Philippines. She is also known for her advocacy for women’s rights as among the founders and later on the Secretary General of the Gabriela Women’s Party. Palabay is also a lesbian activist, being a Board Member of Kapederasyon, an organization of lesbians, gays, bisexuals and transgenders in the Philippines. 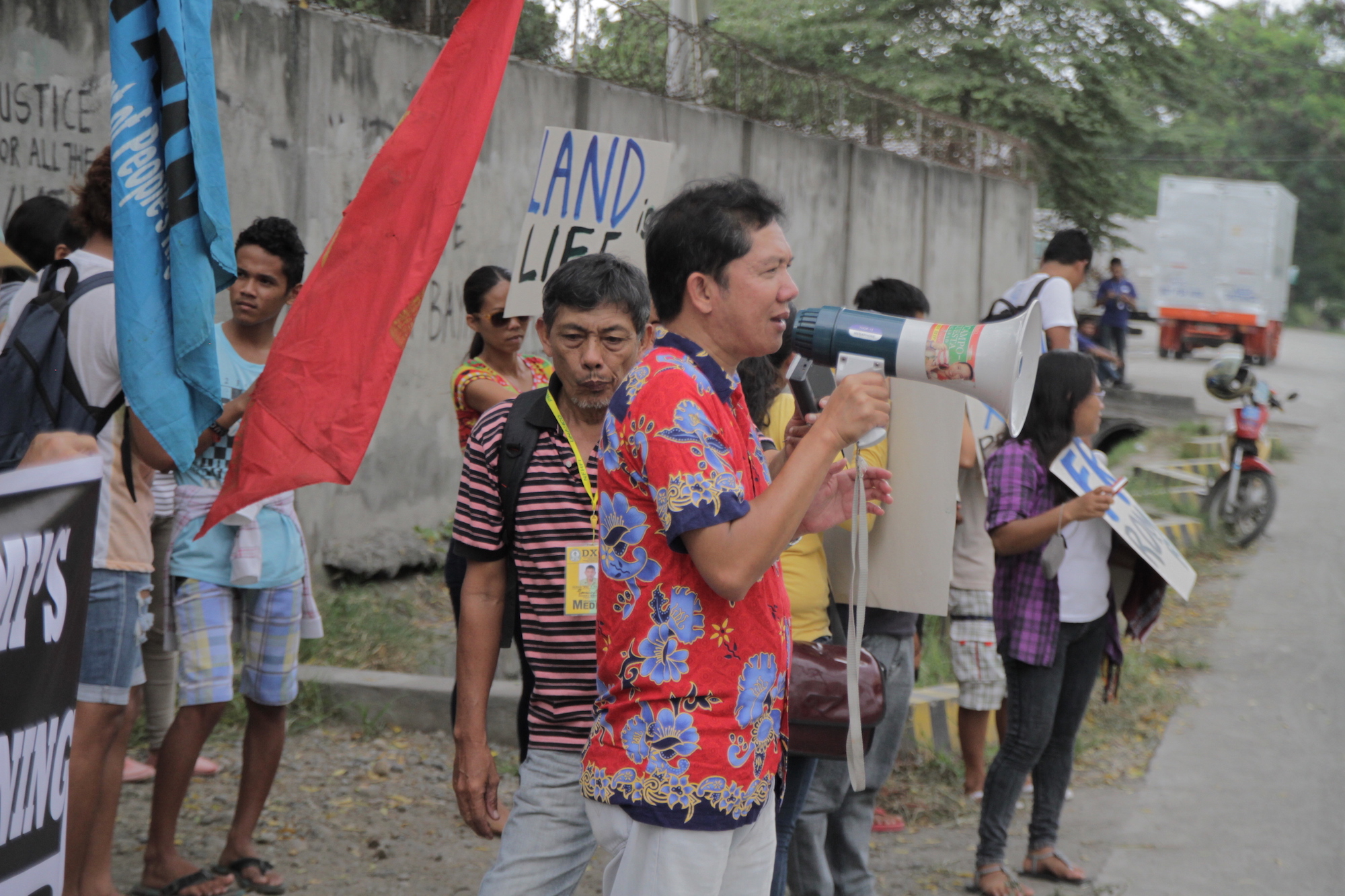 Of serious concern in the Philippines is the persistence of extrajudicial killings and physical attacks against HRDs, nearly all of which are perpetrated with impunity.  Despite being a party to several international human rights treaties which impose a duty on the state to investigate alleged violations of the right to life, the Philippines has provided human rights defenders with little or no protection.