About Xia Lin
Status:
Sentenced to Prison
About the situation

Seven months after a Beijing court sentenced him to 12 years’ imprisonment for fraud, human rights defender Xia Lin‘s (夏霖) sentence was reduced to 10 years, following an appeal hearing on 21 April 2017.

On 22 September 2016 human rights defender Mr Xia Lin was sentenced to 12 years in prison on charges of ‘”fraud” by a court in Beijing. He had been in custody since being detained in November 2014 and was tried in June 2016. 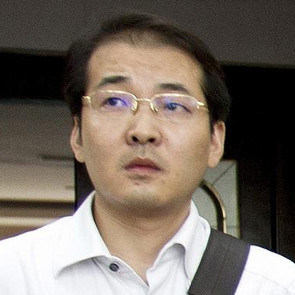 Seven months after a Beijing court sentenced him to 12 years’ imprisonment for fraud, human rights defender Xia Lin‘s (夏霖) sentence was reduced to 10 years, following an appeal hearing on 21 April 2017.

Xia Lin was arrested at the end of 2014, under alleged suspicion of fraudulently acquiring money to repay gambling debts. The defender’s family, lawyers, associates, and other observers of the case all believe that these suspicions were simply a pretext, aimed to place the defender under state control. Following his 2014 arrest, Xia Lin was kept under continuous detention until his 2016 trial, with no access to his wife or family. The defender was granted access to his lawyers only after 90 days in detention.

Since Xia Lin’s initial sentencing, the defender’s debts have been completely repaid. His debtors have also come forward with statements that Xia Lin’s transactions with them were civil affairs outside of government jurisdiction; neither of these debtors have ever accused the defender of fraudulent activity. Xia Lin’s lawyers pressed these points during the defender’s appeal hearing on Friday, 21 April 2017, but the Beijing Supreme People’s Court refused to overturn the original ruling. While the court shortened Xia Lin’s sentence by two years, the defendant remains condemned to a decade of imprisonment for no real crime, in addition to an exorbitant fine and deprivation of his political rights.

On 22 September 2016 human rights defender Mr Xia Lin was sentenced to 12 years in prison on charges of ‘”fraud” by a court in Beijing. He had been in custody since being detained in November 2014 and was tried in June 2016.

In the morning of 22 September 2016, Xia Lin was handed down a 12 year prison sentence by Beijing No 2 Intermediate Court after being found guilty of “fraudulently obtaining 4.8 million yuan (€650,000) to pay off gambling debts”. Xia Lin pleaded not guilty to the charge and friends who loaned him the money have reportedly said that they did so willingly. Not one of those who loaned him money filed a case against him. Xia Lin had been originally charged with obtaining 10 million yuan but the court eventually agreed on the lower amount of 4.8 million yuan.

Xia Lin was detained in November 2014, a month after taking on the case of Guo Yushan, who was detained in the midst of a crackdown against those who had expressed support for pro-democracy protests sweeping Hong Kong.

This is the latest in a series of attacks against the legal profession in China. In July last year, scores of human rights lawyers, law firm staff and family members were detained in a nationwide sweep. At least 12 remain in detention and some of those who had been released “on bail” remain out of contact and reportedly under constant surveillance.

Front Line Defenders utterly condemns the sentencing of Xia Lin to 12 years’ imprisonment and believes this extremely harsh sentence is in direct retaliation for his human rights work.

1. Immediately release Xia Lin and quash his conviction as Front Line Defenders believes that he has been targeted solely as a result of his legitimate human rights work;