Threats and intimidation against HRDs for Public Consultation in Cajamarca

About CADV
Status:
Threats and intimidation
About the situation

On 30 March 2017, around 10 am., the coordinator of the communications team of El Salmón and reporter of the Programa Radial Reporte Colombia (Radio Program Report Colombia), received death threats during an anonymous call. The threats were linked to his work covering the environmental case against La Colosa and were made while he was providing media coverage of the Public Consultation process in Cajamarca. 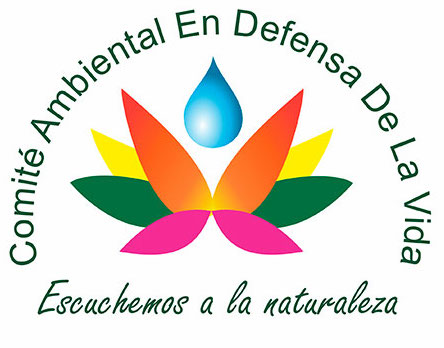 Comité Ambiental en Defensa de la Vida - CADV contributes to the defense of water, life, and land against threats from polluting extractive projects. They promote the strengthening of collective, participatory, and inclusive criteria with grassroots communities. They foster the creation of a social and plural movement where all those voices, processes, and platforms that desire to contribute to the construction of a society that respects the rights of community and nature may come together.

On 30 March 2017, a member of the El Salmón newspaper staff received a call from an unidentified person issuing death threats against him and other human rights defenders and organisations participating in the Public Consultation in Cajamarca.

The Public Consultation in Cajamarca is a referendum which took place on 26 March 2017, in order to consult the local population on the gold mining project of La Colosa, in Cajamarca, Tolima, Colombia. More than 98% out of 6,000 people voted against projects and mining activities being carried out in the municipality of Cajamarca. The result was followed by celebrations in the community but also by an increase in death threats and intimidation acts. Organisations and human rights defenders campaigned against violations of rights linked to the projects and mining activities. The exploitation of the resources in the municipality has been undertaken without previous authorisation or consultation with the local people.

On 30 March 2017, around 10 am., the coordinator of the communications team of El Salmón and reporter of the Programa Radial Reporte Colombia (Radio Program Report Colombia), received death threats during an anonymous call. The threats were linked to his work covering the environmental case against La Colosa and were made while he was providing media coverage of the Public Consultation process in Cajamarca. The threats came from an unidentified man, who referred to himself as "we". The man warned the reporter and his colleagues that despite their presumed "security" as staff members of El Salmón, his alleged "group" knew of their work, where they lived and worked, and also warned them to stop their advocacy against mining projects in Cajamarca, otherwise they would suffer the consequences.

On 25 March 2017, around 7 am., members of the Comité Ambiental en Defensa de la Vida - CADV (Environmental Committee in Defence of Life) and other human rights defenders were also threatened and intimidated by a text message on a mobile phone. The message demanded that they stop their work against the “development process” brought by mining projects in the region. CADV is a committee for human rights defenders, organisations, funders and activists that aims to promote public actions and advocacy in defence of water, life, land and the collective right to a healthy environment. The organisation advocated for the Public Consultation to take place and campaigned against the La Colosa mega-mining project and its foreseeable impacts in the environment of the region. CADV is a member of the International Network for Economic, Social and Cultural Rights – ESCR-Net, of which Front Line Defenders is also a member.

The Cajamarca municipality is part of the Tolima department, which has been a key region for the development of mega-mining projects in Colombia. The AngloGold Ashanti company owns 60% of the Cajamarca area’s mining licenses, but has not yet received the environmental license to exploit La Colosa. Many human rights defenders demand that the government respect the results of the referendum and block the company from undertaking further projects in the municipality. According to the provision of the International Labor Organisation Convention 169, the State is required to undertake preliminary consultations with the local indigenous people affected by projects on their land, and is required to request their free and informed consent before work on the land can commence.

On 27 March 2017, the Minister of Mines and Energy of Colombia, Amilkar Acosta Medina, expressed that the Public Consultation in Cajamarca was not binding and that the authorities may issue an environmental license for the operation of La Colosa mega-mining project. Local organisations have refuted this declaration, stating that the results of the Popular Consultation should be binding in accordance with the Law 136 of 1994, which says in its Article 33 that (...) "When the development of projects of a tourist, mining or other nature threatens to create a significant change in land use, resulting in a transformation in the traditional activities of a municipality, a public consultation shall be carried out in accordance with the law."

The Minister of Mines and Energy and other authorities in Colombia have portrayed the Public Consultation as a political act, without legal consequences on the exploitation of resources in Cajamarca. Even though the international and national legal provisions require previous consultation to local communities, the authorities have attempted to de-legitimise the referendum, stating that the Public Consultation cannot “change established national laws”. The de-legitimisation from high-profile authorities contributes to the view in Colombia that the peaceful work of human rights defenders to defend their land and resources are against the law and further increase their risk to attacks and threats.

Front Line Defenders is deeply concerned about the most recent threats and acts of intimidation against El Salmón staff members and other human rights defenders in the municipality of Cajamarca. Front Line Defenders expresses further concern that the declarations of the Minister of Mines and Energy of Colombia and other authorities may expose human rights defenders participating in the Consultation to increased risks, since they are portrayed as being against the law and against the country’s development.

1. Carry out an immediate, thorough and impartial investigation into the threats and acts of intimidation against human rights defenders participating in the Public Consultation in Cajamarca, with a view to publishing the results and bringing those responsible to justice in accordance with international standards;

2. Take all necessary measures to guarantee the physical and psychological integrity and security of the human rights defenders participating in the Public Consultation in Cajamarca;