Semyon Simonov indicted in relation to the “foreign agents” law

About Semyon Simonov
Status:
Indicted
About the situation

On 20 July 2020, human rights defender Semyon Simonov was indicted for failure to comply with a court ruling in relation to a fine imposed on the Southern Human Rights Centre under the “foreign agents” law. 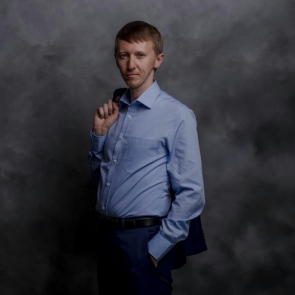 On 20 July 2020, human rights defender Semyon Simonov was indicted for failure to comply with a court ruling in relation to a fine imposed on the Southern Human Rights Centre under the “foreign agents” law.

On 20 July 2020, Semyon Simonov was indicted for failure to pay a fine of 300,000 rubles (approximately 3640 EUR), as ordered by the Khostinsky District Court of Sochi in February 2017 against the Southern Human Rights Center for failing to register as a “foreign agent” (art 1. Article 19.34 of the Administrative Code of the Russian Federation). According to the Court’s decision, the Southern Human Rights Center had received funds from “foreign organisations” for the implementation of some of its activities, which the court deemed to be “political”. These activities included the publication of a report on the rights of stateless people during the Sochi Winter Olympics in 2014, a campaign to improve the work of local police and a “Human Rights Animation” project conducted by the Goethe- Institut in Moscow. Semyon Simonov told the court that he had received 10,000 rubles from the Goethe-Institut to reimburse his travel costs from Sochi to Moscow, and that no reliable information regarding the financing of the organization by foreign sources had been provided by the Court to support its claim. The organization appealed the verdict, however the appeal was rejected. A complaint against this decision was filed to the European Court of Human Rights.

The Khostinsky District Department of Bailiffs ordered that the 300,000 rubles fine be paid by January 2018. Despite the fact that Semyon Simonov had submitted sufficient documentation to show that the organization was unable to pay it, which the Bailiffs also concluded, a criminal case against the human rights defender was opened in October 2019 (Part 2 Article 315 of the Criminal Code of the Russian Federation), accusing him of “failure to comply with the court ruling” for failing to pay the fine.

result, the Center was forced to cease its work, was removed from the registry after one year of inactivity.

Simonov has been previously subjected to detentions, administrative fines, searches, pressure from law enforcement agencies and smear campaigns on the media. The Federal Security Service has put him on the list of "persons under special control". Between 2018-2019, Semyon Simonov was fined on three occasions, the fines ranging from 120-240 EUR each for failing to comply with bailiffs’ requests regarding this case. The human rights defender has paid these administrative fines. On 13 July, a travel ban was also imposed on the defender. If convicted in this case, Semyon Simonov may face up to two years in prison.

Front Line Defenders is deeply concerned by the indictment of Semyon Simonov and believes that the pressure on and harassment against him is a concerted attempt to effectively make it impossible for him to carry out his human rights activities in Russia. Front Line Defenders reiterates its concern regarding the extension of the “foreign agents” law to include individuals, as it places human rights defenders under increased risk and further hampers their peaceful and legitimate human rights work.