About Nguyen Tuong Thuy
Status:
Sentenced
About the situation 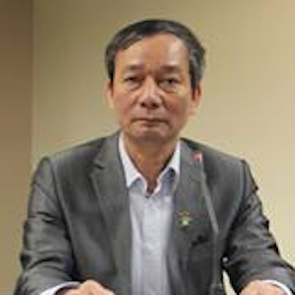 Pham Chi Dung is a human rights defender and founder of the Independent Journalists’ Association of Vietnam (IJAVN). He set up the organisation with a group of independent reporters to advocate for freedom of press, freedom of expression and democracy in the country. Pham Chi Dung has written for various international news outlets on the topics of corruption and government mismanagement. Nguyen Tuong Thuy is a journalist, human rights defender and the vice-chairman of the IJAVN. He has written on human rights issues in the country and has been vocal on the unfair treatment of human rights defenders by authorities. He is also a strong advocate for the freedom of press and freedom of expression. Le Huu Minh Tuan is a young freelance journalist and member of IJAVN, whose work has focused on social injustices, domestic politics and the Vietnamese democracy movement.

Le Huu Minh Tuan has been in detention since his arrest on 12 June 2020. He was the third member of IJAVN to have been arrested within a span of eight months. Pham Chi Dung was arrested by security forces on 21 November 2019. Nguyen Tuong Thuy was arrested from his apartment in Hanoi on 23 May 2020. All three defenders were booked under Article 117 of Vietnam’s 2015 Criminal Code, which relates to making, storing, distributing or disseminating information and materials to oppose the State of the Socialist Republic of Vietnam, and sentenced to lengthy prison sentences.

This is not the first time that the defenders have been targeted. Since 2013, Pham Chi Dung has been detained by authorities on several occasions and has even been placed on a travel ban. Nguyen Tuong Thuy has also faced intimidation including a physical attack on him and his home in retaliation for his work in the defence of the freedom of expression. Since the arrest of Pham Chi Dung, Le Huu Minh Tuan had been repeatedly summoned for questioning and interrogation by security officials. The ongoing judicial harassment of these vocal human rights defenders and members of the organisation can be viewed as a deliberate attempt by the state to silence those who criticise it.

Front Line Defenders condemns the arrest of Le Huu Minh Tuan, Nguyen Tuong Thuy and Pham Chi Dung, and is deeply concerned by the judicial harassment of members of the Independent Journalists’ Association of Vietnam and the growing intolerance in the country. It believes that human rights defenders are being targeted as a result of their peaceful and legitimate human rights work.