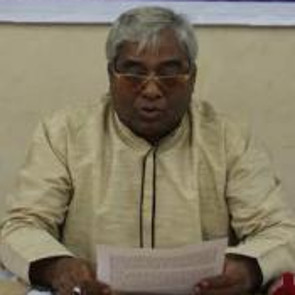 Binay Krishno Mallick is a human rights defender who works on a wide range of issues including anti-corruption and anti-trafficking in Bangladesh. He is the Executive Director of Rights Jessore, a well-known human rights organisation dedicated to preventing human trafficking and providing support to its victims. The organisation is very vocal on human rights issues and its members have repeatedly faced issues with the administration, local police and recruiting agencies. In April 2016, a local police station in Jessore blacklisted Binay Krishno Mallick and displayed a photo of him claiming that he was a human trafficker and money launderer, after his organisation arranged a press conference on behalf of victims of land grabbing. Binay Krishno Mallick is also the publisher and editor of the local newspaper Daily Telegram.

On 13 March 2017 at around 7.30 pm, Binay Krishno Mallick was picked up by a dozen policemen from his home in Ghope Nawapara, Jessore town, in the south-western region of Bangladesh. He was then taken to Shibganj Police Station of Norshingdi district, in central Bangladesh, where a forgery case was filed against him. Earlier that day, Binay Krishno Mallick held a press conference at Jessore Press Club during which he alleged that the district superintendent of police, Anisur Rahman, was harassing him and his family members over a movement protesting the removal of homes and business outlets from a piece of land leased from the government. The human rights defender also stated that the police superintendent had delivered to him and his organisation several letters containing false information about him. On 9 March 2017, his eldest son, Sabuj Mallick, was abducted in broad daylight by men in plainclothes in Jessore town before being handed over to the police in the neighbouring district of Khulna for alleged possession of Phensedyl, a highly addictive medicine that is banned in Bangladesh. During the press conference, Binay Krishno Mallick claimed that he and his family members suffer harassment from the police solely because of his work in human rights and expressed fear that he might be abducted or arrested.

This act of harassment comes within the context of a general crackdown on civil society. Human rights defenders in Bangladesh face many threats, including judicial harassment, arbitrary arrest, fabricated charges, abduction, physical attacks, torture and extrajudicial killings, committed by both state and non-state actors. Members of human rights organisations have endured numerous reprisals in the past years, including the founder of leading organisation Odhikar, Adilur Rahman Khan, who was charged with “publishing false images and information” and “disrupting the law and order situation of the country”.

Front Line Defenders is deeply concerned by, and strongly condemns, the detention of and false charges against Binay Krishno Mallick, which it believes to be in retaliation to his legitimate and peaceful human rights activities.

2. Take all necessary measures to guarantee his physical and psychological integrity and security, as well as that of his family;

3. Cease all further harassment of Binay Krishno Mallick and his family as Front Line Defenders believes that it is solely as a result of his legitimate and peaceful work in defence of human rights;

4. Take measures to ensure that government officials or other public figures refrain from making statements or declarations stigmatising the legitimate work of human rights defenders;

5. Guarantee in all circumstances that all human rights defenders in Bangladesh are able to carry out their legitimate human rights activities without fear of reprisals and free of all restrictions including judicial harassment.