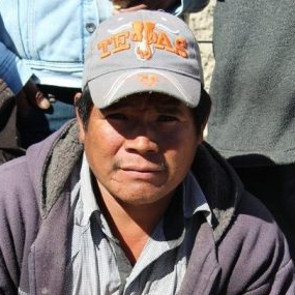 Juan Ontiveros Ramos was an environmental and indigenous rights defender of the Rarámuri people, of which he was also a traditional authority in the community of Choreáchi. The human rights defender was dedicated to combating illegal logging and land grabbing for illicit crop harvesting on the ancestral lands of the Rarámuri people, in the Sierra Tarahumara. Juan Ontiveros Ramos had also been appointed by his community to oversee their security.

Previously, on 20 January 2017, the human rights defender had attended a meeting with members of the non-governmental organisations Alianza Sierra Madre (Sierra Madre Alliance) and Centro de Derechos Humanos de las Mujeres (Women's Human Rights Centre, CEDEHM) and governmental authorities including representatives of the Attorney General's office and the Human Rights Unit of the Secretariat of the Interior (Unidad de Derechos Humanos de la Secretaría de Gobernación). The purpose of the meeting was to discuss the security situation facing the community as well as the threats against their ownership of ancestral lands.

On 2 February 2017, the office of the Attorney General of Chihuahua (FGE) declared that they had identified, with certainty, the perpetrator and an accomplice, and that they had established the motive of the crime as personal retribution. It is of concern to Front Line Defenders that the Attorney General could make such conclusive statements only one day after the killing, indicating the strong possibility of the absence of an exhaustive, impartial and transparent investigation. Moreover, the family of the defender was not briefed on the alleged findings before the public declarations were made by the FGE, contrary to established procedure. In its Second Report on the Situation of Human Rights Defenders in the Americas, the Inter-American Commission on Human Rights (IACHR) established good practices for the investigation of crimes against human rights defenders, which includes the duty of the authorities to take retaliation against their human rights work into account as a line of inquiry as well as protecting their family members.

Front Line Defenders strongly condemns the killing of human rights defender Juan Ontivero Ramos, as well as the systematic persecution and violence against indigenous and environmental rights defenders and their communities in the Sierra Tarahumara. Front Line Defenders echoes the statement of the United Nations Special Rapporteur for Human Rights Defenders, Michel Forst. In his recent visit to Mexico, the Rapporteur stressed the need to bring to justice the perpetrators of the killing of Juan Ontivero Ramos and Isidro Baldenegro as well as to combat impunity for crimes against human rights defenders including as a measure to deter further aggressions.

2. Carry out an immediate, thorough and impartial investigation into the killing of Juan Ontivero Ramos, with a view to publishing the results and bringing those responsible to justice in accordance with international standards, in particular standards established by the IACHR in relation to the investigation of crimes against human rights defenders which includes considering retaliation against their human rights work as a line of inquiry and protecting their family members throughout the investigation;

3. Take all necessary measures, in consultation with the defenders, to guarantee the physical and psychological integrity and security of other indigenous and environmental rights defenders working in the Sierra Tarahumara, as well as their families, including through the full implementation of precautionary measures no. 60-14 granted by the IACHR;

4. Take measures to ensure that government officials or other public figures refrain from making statements or declarations that can compromise the integrity, transparency and impartiality of the investigation of the killing of human rights defender Juan Ontivero Ramos;

5. Guarantee in all circumstances that all human rights defenders in Mexico are able to carry out their legitimate human rights activities without fear of reprisals and free of all restrictions, including judicial harassment.