About Huang Qi
Status:
Sentenced
About the situation

On 5 September 2017, Huang Qi’s lawyer, Sui Muqing, was refused access to his client as well as to Huang Qi’s case documents. During Sui Muqing’s visit to the Mianyang Detention Centre, he learned that Huang Qi’s case had been transferred from the Mianyang City Procuratorate to the Mianyang municipal Public Security Bureau one week earlier for further investigation. Chinese law allows cases to be transferred back and forth between police and procuratorate investigation, however authorities frequently use this procedure as a tool to prolong detention periods beyond prescribed legal limits. Huang Qi has been detained since his arrest on 28 November 2016. 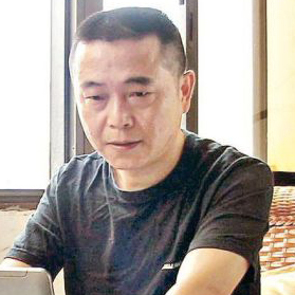 Huang Qi is one of the most active documenters of human rights violations in China, which he catalogues on his website 64 Tianwang, established in 1998. The website, along with the affiliated 64 Tianwang Human Rights Center, were originally established to help locate victims of kidnapping and human trafficking. Today, the website has expanded its focus to cover all acts of human rights violations taking place in China.

Huang Qi has been detained since his arrest on 28 November 2016. Throughout the defender's detention, authorities have continually hindered his access to legal counsel and denied his requests medical leave to medical issues regarding his heart, brain, kidney, and blood pressure. Huang Qi's elderly mother has also been subject to intermittent periods of restricted movement and incommunicado detention by authorities.

On 5 September 2017, Huang Qi’s lawyer, Sui Muqing, was refused access to his client as well as to Huang Qi’s case documents. During Sui Muqing’s visit to the Mianyang Detention Centre, he learned that Huang Qi’s case had been transferred from the Mianyang City Procuratorate to the Mianyang municipal Public Security Bureau one week earlier for further investigation. Chinese law allows cases to be transferred back and forth between police and procuratorate investigation, however authorities frequently use this procedure as a tool to prolong detention periods beyond prescribed legal limits. Huang Qi has been detained since his arrest on 28 November 2016.

Huang Qi’s case has been marked by numerous aberrations of proper judicial procedure. After his arrest in November 2016, arresting authorities provided no information on the defender’s whereabouts to family members until 21 December 2016. Furthermore, lawyers have been denied access to Huang Qi on multiple occasions. Huang Qi’s case was transferred to the Mianyang Procuratorate on 21 July 2017. The defender was granted his first visitation with his lawyer one week later.

On 30 August 2017, the Mianyang Procuratorate transferred Huang Qi’s case back to local police for supplementary investigation. According to procuratorate authorities, Huang Qi’s lawyer will not have access to official documents concerning Huang Qi’s case while it remains under police investigation. Access to Huang Qi is further restricted by the nature of the charge against him. The human rights defender is facing the charge of “providing state secrets overseas”, which is considered a national security crime. As such, Huang Qi’s lawyer is required to receive police authorization before any visitation.

Front Line Defenders condemns the prolonged detention of Huang Qi as well as the denial of access to his legal council, and calls on Chinese authorities to immediately release the defender as it believes that he has been targeted solely as a result of his legitimate human rights work.

On 28 November, human rights defender Mr Huang Qi was forcibly taken from his home by officers of the Chengdu, Mianyang, and Neijiang city police forces. He has not been heard from  since he was arrested, and his whereabouts remain unknown.

On the evening of 28 November, approximately 15 police officers from the Chengdu, Mianyang and Neijiang city police forced their way into Huang Qi’s home and took him away. During the raid, several police officers entered the nearby home of Huang Qi’s 83-year-old mother. When his mother attempted to call the police, her phone was confiscated from her. She was taken by car to a local hotel for “soft detention,” a surveillance method often practised by Chinese authorities against persons of interest and their families. Huang Qi’s mother was detained for two hours and subsequently released. Huang Qi’s arrest was witnessed by Mr Pu Fei, a volunteer who works for the 64 Tianwang Human Rights Center. After Huang Qi was taken away, Pu Fei publicised his account of the events online. On 29 November Pu Fei was arrested by police forces, and has not been heard from since. Requests by Huang Qi’s mother for information on his whereabouts have been ignored. No warrant has been produced for Huang Qi or Pu Fei’s arrests.

In the week prior to Huang Qi’s arrest, he published a series of articles documenting arrests and physical abuse of local petitioners by Sichuan police. Huang Qi also told a reporter during the time of publishing, that these reports might “get him into trouble.” Huang Qi has been targeted by Chinese authorities for almost 20 years. He spent eight years in prison on charges of “inciting subversion” and “illegal possession of state secrets”. In 2008, the defender was detained for his investigation into the collapse of schools in Sichuan Province during the 2008 earthquake, statistics of which the Chinese government had attempted to suppress. Following his release in 2011, Huang Qi has continued to document human rights violations and has met continued harassment from the government. Most recently, in October 2016, he was detained for several days during the 6th Plenum meeting of the Chinese Communist Party. Huang Qi’s first incarceration, beginning with his arrest in 2000, has been attributed to his posting of articles written by participants of the Tiananmen protests of 1989.

Front Line Defenders believes Huang Qi’s arrest and subsequent refusal to disclose his whereabouts to be motivated by his legitimate and peaceful work to defend human rights.

1. Take all necessary measures to ensure the immediate and unconditional release of Huang Qi and Pu Fei and guarantee their physical and psychological security and integrity;

2. Ensure that the treatment of Huang Qi and Pu Fei, while in detention, adheres to the conditions set out in the ‘Body of Principles for the Protection of All Persons under Any Form of Detention or Imprisonment', adopted by UN General Assembly resolution 43/173 of 9 December 1988;

3. Inform the families and lawyers of Huang Qi and Pu Fei of the place of their detention, and allow them immediate and unfettered access to them;