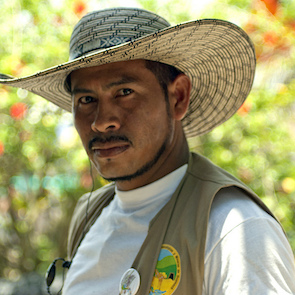 William Castillo Chima was a social leader, and the founder and treasurer of Asociación de Hermandades Agroecológicas y Mineras de Guamocó – AHERAMIGUA (Association of Agroecological and Mining Fraternities of Guacomó). AHERAMIGUA is a human rights organisation founded by farmers and miners in Guamocó, Southern Bolívar, that works to defend land rights, and in particular the right of local communities to remain on lands traditionally inhabited by them. AHERAMIGUA has denounced human rights violations perpetrated against communities in the municipality of El Bagre by various actors involved in the armed conflict in the region. Since 2015, conflict in the region has intensified, reportedly due to increasing confrontations between members of the FARC-EP, ELN and the paramilitary group Autodefensas Gaitanistas.

The assassination was carried out at the “Los Galvanes” establishment at approximately 6 pm on 7 March 2016 by unidentified men armed with heavy-duty guns. It occurred following a meeting William Castillo Chima had attended with the municipal authorities, to discuss the city's development plan. This meeting had ended at approximately 4 pm.

Since its creation in 2007, AHERAMIGUA and its members have been subjected to continuous human rights violations including murder, unlawful arrests, detention, physical attacks, attempted killings, threats, harassment and intimidation. On 26 and 28 April 2014, members of the organisation were subjected to harassment and death threats. On 2 February 2014 and 26 March 2014, they were threatened and intimidated by hooded men in military uniform. William Castillo Chima was also arbitrarily detained in the same year.

Front Line Defenders strongly condemns the killing of William Castillo Chima and expresses its extreme concern over the death threats made against Maria Dania Arrieta Perez and the escalating threats against members of AHERAMIGUA. It strongly believes these actions to be motivated directly by their legitimate and peaceful human rights work.

Front Line Defenders expresses further concern over the alarming number of human rights defenders killed in Colombia on the verge of the enactment of a peace agreement in the country. As reported by Front Line Defenders, of the 156 human rights defenders that were killed or died in detention in the first eleven months of 2015, Colombia alone accounted for 54 assassinations.