About Tomas García
Status:
Killed
About the situation

On 15 July 2013, Tomas García was shot dead by the Honduran Army as he participated in a peaceful protest in Achotal, Río Blanco, in the department of Intibucá. 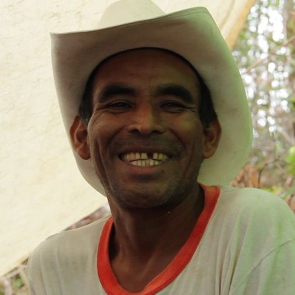 On 10 December 2015, the Court of Siguatepeque convicted Mr Kevin Yasser Saravia, the military officer of the Battalion of Engineers, for the assassination of human rights defender Tomas García Domínguez. Mr Kevin Yasser Saravia faces up to 20 years' imprisonment for this crime. The court ruling is subject to appeal.

On 15 July 2013, the human rights defender was shot dead by the Honduran Army as he participated in a peaceful protest against the construction of the Agua Zarca hydroelectric dam, owned by Desarrollo Energético Sociedad Anónima – DESA and the multinational SINOHYDRO.

Following the ruling of 10 December 2015 the military officer's defence lawyers have already expressed their intent to appeal the decision. There is a separate sentencing hearing scheduled for 8 January 2016 to determine the punishment to be imposed. The penalty for murder is from 15 to 20 years in prison according to Honduran law.

On 15 July 2013, human rights defender Mr Tomas García was shot dead by the Honduran Army as he participated in a peaceful protest in Achotal, Río Blanco, in the department of Intibucá.

Tomas García, whose son was injured during the incident, was a Lenca indigenous leader who sat on his community's Indigenous and Auxiliary Council, and an active member of Consejo Cívico de Organizaciones Indígenas Populares – COPINH (Civic Council of Popular Indigenous Organisations).

On 15 July 2013, Tomas García was walking with community members to a peaceful protest at the site of the construction of the Agua Zarca hydroelectric dam, owned by Desarrollo Energético Sociedad Anónima – DESA and the multinational SINOHYDRO, as part of an ongoing protest action known as 106 days of resistance, when he was shot dead by members of the Honduran Army. Allan García Domínguez, son of Tomas García, was seriously injured in the incident and remains in a critical condition in the Hospital in San Pedro Sula where he had an emergency operation on 17 July.

Other members of COPINH have been targeted in the recent past. On 13 June 2013, human rights defender Ms Berta Cáceres, general coordinator of COPINH, was granted a temporary stay in proceedings against her due to a lack of evidence. The human rights defender was arrested on 24 May 2013 and accused of possession of an illegal fire-arm, which she said had been planted in her vehicle. She was arrested along with Mr Tomás Gómez Membreño, who is also a member of COPINH, in a military operation. COPINH is currently involved in a campaign for the defence of the Gualcarque river, which is part of the site of the proposed hydroelectric dam.