About Sui Muqing
Status:
Released from Detention
About the situation 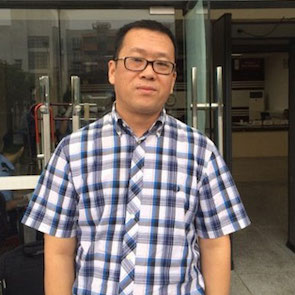 Sui Muqing is a Guangzhou-based human rights lawyer who has defended many fellow human rights defenders, including 2015 Front Line Defenders' Award winner Guo Feixiong. As a result of his work, he has been subjected to harassment, interrogation, detention and travel bans.

On 6 and 7 January 2016, human rights defenders and lawyers Mr Sui Muqing and Mr Huang Liqun were released from police custody.

The two human rights defenders were detained on 10 July 2015 in the midst of a nationwide crackdown on human rights lawyers, and placed under 'residential surveillance at a designated location'. Article 73 of the Criminal Procedure Law allows for the detention of suspects in state security, terrorism and serious bribery cases for up to six months in undisclosed locations, under the guise of 'residential surveillance'. The authorities are not obliged to specify the place of detention or notify the suspect's relatives or legal representative of the reasons for the residential surveillance in cases relating to the three charges, if doing so may “interfere with the investigation”.

Neither of the human rights defenders were permitted access to lawyers during their six months' detention. An accountant at the legal firm where Huang Liqun worked, Ms Wang Fang, was released on 7 January 2016, having also been detained on 10 July.