About Mohamed Lotfy
Status:
Travel Ban Imposed
About the situation

Update 21 October 2016: On 20 October 2016, Egyptian authorities raided the office of the Egyptian Commission for Rights and Freedoms (ECRF) in Giza, Egypt. 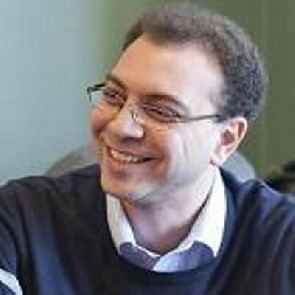 Mohamed Lotfy is the founder and executive director of the Egyptian Commission for Rights and Freedoms (ECRF), an organisation that works in several governorates to peacefully defend human rights in Egypt. He was also a researcher at Amnesty International.

On 20 October 2016, Egyptian authorities raided the office of the Egyptian Commission for Rights and Freedoms (ECRF) in Giza, Egypt. Early morning on that day, four men - claiming to be affiliated with the Investment Authority - barged into the headquarters of ECRF and began searching the office without presenting a search warrant. Upon leaving the ECRF office, the four men threatened to close down the organisation and left without physically harming anyone in the process.

This raid is part of a ongoing and systematic intimidation campaign against civil society organisations working on defending human rights in Egypt. The staff of ECRF has been repeatedly targeted by security forces. Previously, Mr. Mohamed Lotfy, ECRF's executive director, was banned from travel during summer 2015 by Egyptian state security. Mr. Ahmed Abdallah, ECRF's board director, spent 5 months in detention on charges including possession of leaflets with intent to incite violence, calling to overthrow the regime and change the constitution, and the promotion by indirect ways and through the web of terrorist offences.

Independent groups have already been subjected to continuing harassment and ordered to comply with an onerous law on associations that dates to the rule of former president Hosni Mubarak.

On June 9, government investigators working at the behest of a judge overseeing a four-year-old case against international and Egyptian non-governmental organizations (NGOs) visited the main office of the Cairo Institute for Human Rights Studies (CIHRS) in Cairo and asked the staff to produce documents regarding the institute’s registration, founding contract, and statute, as well as the budgets, financial accounts, and funding contracts for the past four years.

The investigators had previously visited the Egyptian Democratic Academy (EDA) and looked into their activities, funding sources, and whether they are in compliance with the current law on associations. Four EDA staff members have been banned from traveling outside Egypt.

“The reinvigoration of a four-year-old case against independent Egyptian civil society groups is an extremely worrisome sign that the government thinks it can get away with silencing one of the last bastions of criticism,” said Joe Stork, Human Rights Watch Deputy Director for the Middle East and North Africa. “Egypt’s allies such as the United States and European Union should make it clear that this is unacceptable.”

The investigating judge has designated a group of Social Solidarity Ministry employees to a “committee of experts” to investigate whether Egyptian organizations are in compliance with the current repressive Law on Associations (Number 84 of 2002). During the June 9 visit, they refused requests from CIHRS employees to provide an official copy of their warrant, instead showing them an informal warrant without any government stamps. A CIHRS lawyer told the investigators that they could not search the office or access the files without providing an official warrant, and the investigators left.

The investigation into the foreign funding case has been split into two prosecutions, one involving foreign NGOs and one involving Egyptian NGOs. In the first case, a Cairo criminal court sentenced 43 foreign and Egyptian employees of foreign NGOs to between one and five years in prison in June 2013.

Though none of the defendants were made to serve their sentences, the verdict resulted in the closure of the International Republican Institute, the National Democratic Institute, Freedom House, the International Center for Journalists, and the Konrad Adenauer Foundation. The government has now reinvigorated the investigation into the Egyptian NGOs, which could lead to criminal prosecution under provisions of the penal code.

Under amendments to the penal code decreed by President Abdel Fattah al-Sisi in September 2014, prosecutors can seek a sentence of life in prison (effectively 25 years) under broad terms that include receiving money from abroad “with the aim of pursuing acts harmful to national interests or destabilizing the general peace or the country’s independence and its unity.”

Staff at the Cairo Institute who read the investigators’ warrants said that the Hisham Mubarak Law Center and the Egyptian Center for Economic and Social Rights were also listed as targets. Both groups have provided essential work on human rights violations in Egypt.

Authorities raided the Hisham Mubarak Law Center in February 2011 and arrested staff members and staff of other international organizations who were in the office, including Human Rights Watch and Amnesty International. The authorities raided the Egyptian Center for Economic and Social Rights in 2013 and again in 2014, seizing files and computers and detaining staff members for a few hours.

Since then, the authorities have also targeted local Egyptian NGO workers by arresting, threatening, and banning them from travel.

Mohamed Lotfy, the executive director of the Egyptian Commission for Rights and Freedoms, was banned from travel to Germany on June 2, 2015, to attend a roundtable organized by the Green Party at the German Parliament. An Egyptian security agency officer in plain clothes confiscated his passport at the airport before releasing him back into Egypt.

On June 21, 2014, police arrested Yara Sallam, a researcher with the Egyptian Initiative for Personal Rights, amid a demonstration held to protest a restrictive 2013 law that effectively bans such demonstrations. According to Sallam’s organization, she was arrested alongside her cousin while buying a bottle of water. The authorities released her cousin a few hours later but held Sallam and referred her to the prosecutor after the police discovered that she worked with a human rights organization. A judge eventually gave Sallam and others two-year prison sentences.

Other high-profile human rights workers have received indirect threats of prosecution or violence. Bahey Hassan, the CIHRS director, and another board member, have received death threats.

In August 2014, the Egyptian government gave NGOs a November 10, 2014, deadline to register under the Law on Associations, which empowers the government to reject registration applications without reasoning, shut down any group virtually at will, freeze its assets, confiscate its property, reject nominees to its governing board, block its funding, or deny requests to affiliate with international organizations. The 2002 law has never been replaced, despite government pledges to draft a new associations law abiding by international standards, but the government has not enforced it consistently.

The law provides for criminal penalties up to one year in prison for unauthorized activities by independent groups but it states that harsher penalties in other laws, including the penal code, will also apply to such activities. Under the governments of Hosni Mubarak, the Supreme Council of Armed Forces (SCAF), ousted president Mohamed Morsy and former president Adly Mansour, the authorities routinely harassed activists and in some cases arbitrarily shut down nongovernmental groups.

The government did not act upon the November 2014 deadline, but the current reinvigoration of the foreign funding case, first brought under the SCAF in 2011, suggests that the authorities are attempting to prevent organizations from working. If successful, independent civil society in Egypt risks being wiped out.

Few independent NGOs – most of which are registered as law firms or civil companies – complied with the November 2014 ultimatum. Others who chose not to comply shut down certain divisions, reduced their activities or relocated staff and activities abroad. The EDA, unlike most independent NGOs, successfully registered under the 2002 Law on Associations in September 2014. Nevertheless, it was the first to be investigated.

“Today, Egypt’s human rights organizations are making a desperate last stand for their independence. The international community must not let the authorities silence peaceful dissent,” said Hassiba Hadj Sahraoui, Amnesty International’s Deputy Director for the Middle East and North Africa. “It’s time for members of the UN Human Rights Council to break their shameful silence on Egypt and stand up for independent civil society, including the human rights defenders whose work they so lauded after the 2011 uprising.”

The actions of the al-Sisi administration are at odds with Egypt’s pledges at its March 2015 Universal Periodic Review at the United Nations Human Rights Council. There, Egypt’s delegation accepted recommendations to issue a new NGO law to “fully guarantee to the civil society a set of rights in conformity with international standards” and to “fully implement its international obligations to ensure the protection of human rights defenders and other civil society actors.”

The Egyptian authorities should halt enforcement of the 2002 Law on Associations immediately, including by withdrawing any prosecutions or travel bans leveled against any NGO worker simply for their work or membership in such an organization. The Egyptian authorities should adopt a new law on associations, ideally after a new parliament is elected, that complies with international human rights standards and ensure that independent civil society organizations are meaningfully consulted in the drafting process.

The human rights defender was stopped on 2 June 2015 by state security at Cairo International Airport as he attempted to travel to Berlin to speak on the situation of human rights in Egypt at a round tableconvened by the Green Party for 2 June 2015. The round table was organised to coincide with Egyptian President Abdel Fattah El-Sisi's visit to Germany. Mohamed Lotfy was detained for several hours at the airport, and his passport was confiscated before he was permitted to return home. According to lawyers from the ECRF, state security informed Mohamed Lotfy that his passport was going to be passed on to the National Security Service (NSS). When the human rights defender asked if the travel ban followed a decision by the Public Prosecutor, an officer in civilian clothes explained to him that the ban was being imposed for “security reasons.” The human rights defender was also informed that he would be summoned for interrogation by the NSS at a later date.

Travel bans have repeatedly been imposed on human rights defenders in Egypt, who have also been commonly summoned for interrogation and had their passports seized. On 13 January 2015 digital media specialist and journalist Ms Esraa Abdel Fattah was stopped by police officers from boarding a flight to Germany from Cairo International Airport. It was later explained to her that this was due to a judicial travel ban issued against her. Travel bans have also been imposed on human rights defenders Mr Hossameldin Ali and Mr Ahmed Ghonim from the Egyptian Democratic Academy.