About Li Heping
Status:
Under surveillance
About the situation

Human rights lawyer Li Heping (李和平) has returned home after nearly two years of detention. He was found guilty of “inciting subversion against state power” following a secret trial on 25 April 2017. The Tianjin No. 2 Intermediate People's Court announced on 28 April that Li Heping had been sentenced to three years' imprisonment with a four-year probationary sentence. Li Heping returned home on 10 May 2017, but he has remained under close control and surveillance since that time. 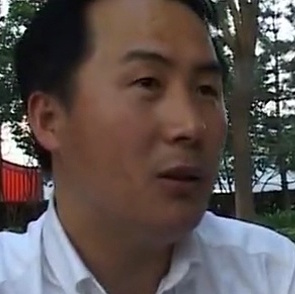 Li Heping is a prominent lawyer who began his human rights work in 2002, when he took on the cases of four members of the “New Youth Study Group” accused of “subverting state power”. Subversion of state power is a charge frequently levied against individuals that the Chinese government considers dissidents or activists.

Human rights lawyer, Li Heping (李和平), has returned home, after nearly two years of detention. He was accused of the crime of “inciting subversion against state power” and underwent a secret trial on 25 April 2017, nearly two years after his detention; a guilty verdict was announced on the presiding court’s social media account three days later. The court sentenced the human rights defender to three years’ imprisonment with a four-year probationary suspension; allowing Li Heping to return home eleven days later.

Li Heping continued to take on high-profile sensitive cases, defending environmental activists, religious leaders, and other human rights lawyers targeted by Chinese authorities, and has campaigned for the abolition of torture practices in China. The defender is a recipient of both The Council of Bars and Law Societies of Europe’s Human Rights Award as well as the United States National Endowment for Democracy’s Democracy Award for Religious Freedom. In retaliation against his work, he suffered increasing government pressure and harassment. In 2007, the defender was abducted and beaten by several men presumed to be plainclothes police officers. In 2009, Chinese authorities refused to renew Li Heping’s law license. In 2011, the human rights defender was disappeared during China’s Jasmine Crackdown.

Li Heping was taken by Beijing police on 10 July 2015 in the midst of a crackdown on human rights lawyers and other human rights defenders. In addition to disappearing Li Heping, local authorities also confiscated books, files, hard drives, and computers from Li Heping’s home, while failing to present a warrant for the arrest, search, or seizure. The defender’s whereabouts, and those of several of his colleagues, remained unknown for months, despite frantic searches by his family and associates in police stations around Beijing. Chinese authorities finally announced Li Heping’s custody at the Tianjin No. 1 Detention Center in January 2016, six months after his disappearance.

For the duration of Li Heping’s detention, authorities refused all visits from the defender’s family or the lawyer his family appointed for him. Li’s trial was held in a closed-door hearing under the pretext that the case involved issues of “national security”; the defender’s wife only learned of the trial after it had concluded. In Li Heping’s verdict, the court declared that Li Heping had repeatedly attacked the state’s political and legal system, attempted to provoke individuals to turn against China’s social system and colluded with subversive elements to carry out illegal activities to overthrow China’s socialist system and endanger both national security and social stability. Li Heping pled guilty to the charges against him and did not elect to appeal the verdict. During his four-year probationary period, authorities will likely maintain extensive and invasive monitoring and surveillance of the defender and his family.

Li Heping was only one of eight individuals still awaiting trial almost 22 months after detention in the 709 Crackdown; seven other human rights lawyers and activists remain in detention.

While Li Heping’s return to his family is a cause for celebration, Front Line Defenders condemns the Chinese authorities’ numerous violations of his judicial and procedural rights, as well as his current guilty verdict.