Cuban authorities have been engaged in a series of arbitrary arrests and judicial harassment against defenders in Cuba in the last half of 2015. Amongst them, the case of human rights defenders Jorge Luis García Pérez “Antúnez” and Yris Tamara Perez Aguilera, both of whom were arrested on 11 November 2015 and released the following day. 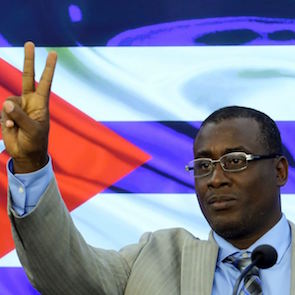 The house has been under siege since 24 January 2014 by the National Revolutionary Police despite the fact that Yris Pérez Aguilera is in need of medical attention.

Since 24 January 2014, there has been a permanent security cordon maintained by state security forces around the home of Antúnez and Yris Pérez Aguilera. The house was raided by state security forces on 5 February 2014. On 10 February 2014, Antúnez, together with Yunier Santana Hernández and Leodanis Rico Herrera, went on hunger strike to protest against the cordon and demand the return of belongings taken on 5 February 2014. There are reports that other activists in Cuba have begun a hunger strike in solidarity with them.