On 14 April 2015, indigenous rights defender Jomorito Goaynon was made aware of a criminal complaint falsely charging him with murder in the Philippines. Seven members of the Goaynon family were also named in the complaint. 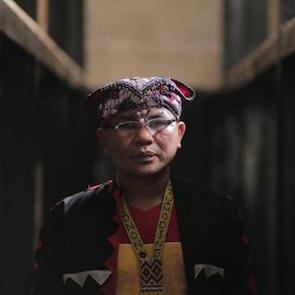 Jomorito Goaynon is the Chair of the Kalumbay Regional Lumad Organization of Northern Mindanao, a group engaged in the documentation of human rights violations carried out against indigenous peoples invoking ancestral land rights in opposition to large-scale mining and development projects planned for the Mindanao region. The area is home to large copper, gold, aluminium and iron reserves, and one million hectares of grassland which is gradually being turned into pineapple and palm oil plantations in defiance of the right of the indigenous peoples to self-determination.

On 14 April 2015, indigenous rights defender Jomorito Goaynon was made aware of a criminal complaint falsely charging him with murder in the Philippines. Seven members of the Goaynon family were also named in the complaint.

The affidavit of complaint was made by Ms Jenita Dela Mance y Seblian, at Malaybalay City Police Station on 10 April 2015, in which she accused Jomorito Goaynon and his seven family members of the murder of her husband Mr Dorlito Dela Mance y Goaynon. The complaint alleges that those named shot Dorlito on the morning of the 28 March 2015, on a roadside in Silae, Malaybalay City, whilst acting under the command of the New Peoples Army (NPA). The complainant has since stated that she signed the affidavit against Jomorito Goaynon and his family members following threats made against her by military troops and the brother of the deceased. As of 18 April 2015, no subpoena had been received by Jomorito Goaynon, who was informed of the charges against him by text message, and who has thus not been permitted the right to file a counter affidavit. The human rights defender was at a meeting in Cagayan de Oro at the time of the killing of Dorlito, and has no association with the NPA paramilitary group.

This is the most recent instance of the employment of judicial harassment against Jomorito Goaynon in an attempt to stifle his work in the defence of the human rights of the Lumad communities in Northern Mindanao. On 26 March 2015, Jomorito Goaynon was one of seven indigenous rights defenders who received notification of Writs of Habeas Corpus and Amparo filed against them by the 4th Infantry Division of the Philippine Army, in response to their roles in the organisation of opposition to militarisation of Lumad communities. The complainant reportedly later claimed to have filed the affidavit under conditions of torture, and his testimony was subsequently recanted. Human rights defenders in the region have been subject to extrajudicial killings, forced evacuations, arbitrary detention and harassment, in continuous attempts by state forces to disrupt the growth and coordination of human rights promotion and protection within Northern Mindanao. This repression comes under the guise of stability through the countries Internal Peace and Security Programme.

In the Philippines, seven land and indigenous peoples' rights defenders face legal charges of “convincing” local communities to evacuate their homes – despite the residents themselves denying these accusations.

On 21 March 2015, 969 Banwaons returned home, two months after fleeing their homes in San Luis, Agusan del Sur. Over 900 members of the Lumad community left the villages of Kimambukagyang, Tabon-tabon, Tabanganan, Nakadayas, Pig-ulingan, Mimpalaos, Maputi, Kandiisan, Tambo, KM 48 and Sitio Agduka in late January 2015. Residents reportedly left the municipality in protest against human rights violations committed by the army in San Luis, including intimidation, harrassment by parailitary groups, occupation of indigenous peoples' homes, and “military operations are aimed at paving the way for the entry of mining corporations” according to local news sources and rights groups.

The seven defenders charged in this case led a campaign calling for the military to leave San Luis.

Members of the community report that the seven charges leaders successfully negotiated for the military pull-out and return home of Banwaon evacuees. The Lumad community members returned three days after the military announced that it would leave the town following negotiations with the above-mentioned human rights defenders. Around 115 members of the Banwaon community allegedly remain at an evacuation site at the Bunawan Brook village Multipurpose Hall in Bunawaon town.

Following the return of evacuees, on 26 March 2015, activists Jomorito Goaynon, Julieto Tawide Gomez, Reyjoy Precioso, Junrey Precioso Manlikayan, Melissa Amado Comiso, Verginia Saguitan Tugay and Tina Julieta Tawide Gomez, announced that charges had been filed against them. The charges were filed by a member of the Citizen Armed Forces Geographical Unit (CAFGU) of the 26th Infantry Battalion of the Armed Forces of the Philippines (AFP), the battalion previously occupying San Luis. The human rights defenders believe the petition to have been filed in response to the return of the indigenous peoples on 21 March 2015, although it is dated 23 February 2015.

Piya Macliing Malayao, spokesperson for KATRIBO, an alliance of indigenous peoples and organizations in the Philippines, said in a statement:

"This petition for habeas corpus and a writ of amparo is an act of harassment. We are certain that the military, the reason why the Lumad people in San Luis, Agusan del Sur decided to evacuate their homes, are behind this ludicrous charge. We are disgusted at the lengths that the military would go to impede us from seeking and asserting our rights,” she said."

Indigenous peoples' rights defenders in the Philippines face repeated targeting, including killings and harassment. Most recently, on 9 February 2015, Mr Anjo Bacarisas, a staff member of RMP-NMR, was the victim of surveillance and intimidation.