About Efraín Picaso Pérez
Status:
Released
About the situation

On 30 July 2016, a judge ordered the release of Efraín Picaso Pérez from prison.

Three of them were also charged with federal crimes, including kidnapping and robbery. If convicted, they face up to 40 years imprisonment. 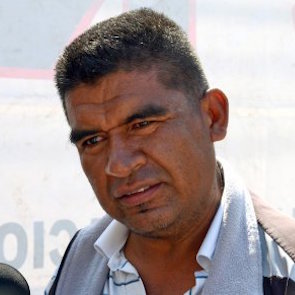 Efraín Picaso Pérez is a member of 22nd Section (Sección 22) of the National Union of Education Workers (Sindicato Nacional de Trabajadores de la Educación – SNTE). Sección 22 is a teachers' union that has been active since 1980. The Section has organised several marches and demonstrations in different parts of Mexico in order to protest against the educational reform approved in 2013, on the basis that it had been passed without prior consultation. Sección 22 is also active in support of political prisoners in Mexico, amongst other human rights issues.