About Azimjan Askarov
Status:
Deceased
About the situation

On 12 June 2020, the Administrative Court of Bishkek refused to hear the case of Azimjan Askarov against the Kyrgyz government. 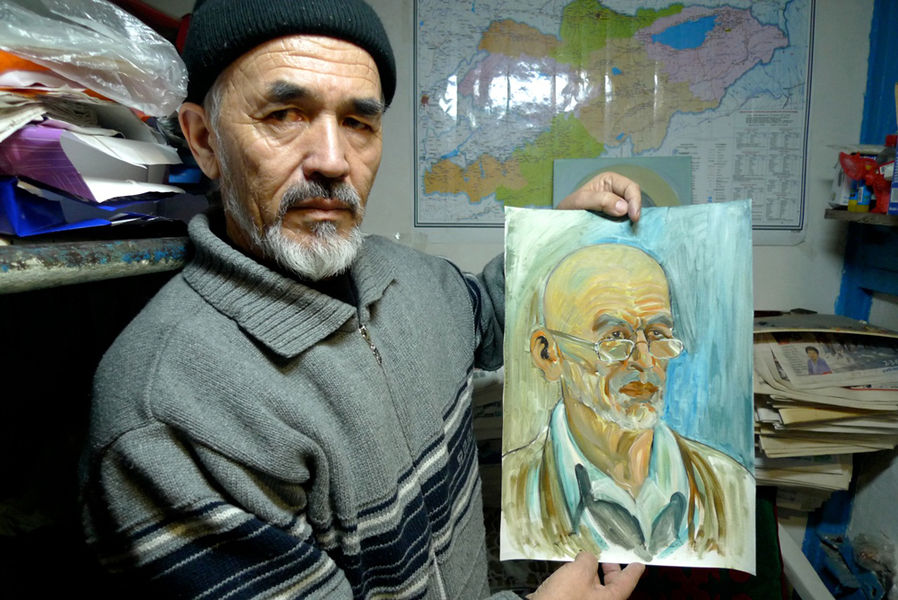 Azimjan Askarov was a prominent human rights defender in Kyrgyzstan and founder of the human rights organization Vozdukh (Air). He has worked to investigate and report cases of police abuse and poor prison conditions, and as a result was targeted by the authorities. On 15 September 2010, Azimjan Askarov was sentenced to life imprisonment on trumped up charges of organising mass riots and involvement in the killing of a policeman. He was arrested on 16 June 2010 following violent clashes the same month between ethnic Kyrgyzs and Uzbeks in south Kyrgyzstan, in which more than 400 people were killed. Azimjan Askarov was tortured in pre-trial detention facilities. However, the General Prosecutor's Office refused to investigate the allegations of torture and various courts, including the Supreme Court, upheld the General Prosecutor's refusal to investigate.

On 30 October 2020, the Kyrgyz Supreme Court considered a cassation appeal filed by Khadicha Askarova, on behalf of her deceased husband, human rights defender Azimjan Askarov. She was appealing against the June 2020 decision of the Administrative Court of Bishkek, confirmed in August 2020 by the Bishkek City Court, to dismiss Azimjan Askarov’s administrative case against the Government of Kyrgyzstan.

In September 2010, Azimjan Askarov was sentenced to life imprisonment on charges of “organising mass riots, instigating ethnic conflict and complicity in the murder of a policeman”. The investigation and the trial of the human rights defender were marred by numerous procedural and human rights violations. On 25 July 2020, Azimjan Askarov’s died after his health condition severely deteriorated in the poor conditions in which he was held in prison.

On 30 October 2020, the Supreme Court refused to recognise Khadicha Askarova as the legal successor of Azimjan Askarov, ruling that the couple did not have a “substantive legal relationship” to do so. As a result, the court considered that the cassation appeal was filed by the improper plaintiff and terminated the proceedings. The Kyrgyz Supreme Court held its first hearing on the cassation appeal on 22 October 2020, but postponed the hearing to 30 October.

In 2019, human rights defender Azimjan Askarov sued the Government of the Kyrgyz Republic for failing to comply with a 2016 decision by the UN Human Rights Committee. On 12 June 2020, the Administrative Court of Bishkek refused to hear Askarov’s case, declaring that the Government may not act as an administrative body and an administrative defendant at the same time in disputes arising from this case.

On 20 August 2020, the Bishkek City Court, having considered the appeal on the Administrative Court’s ruling, upheld its decision, ruling that the case could not be further considered.

At the court hearing on 20 August 2020 the Bishkek City Court refused to recognise Khadicha Askarova as the legal successor in Askarov’s administrative case against the Government of the Kyrgyz Republic, reasoning that, as the case was not related to property, she would not be permitted to do so. The court also refused to allow one of Askarov’s lawyers to represent him, arguing that the defender’s death disqualified the lawyer from representing him.

After disagreeing with the decision of the Bishkek City Court, Khadicha Askarova filed a cassation appeal to the Kyrgyz Supreme Court, which was struck down on 30 October 2020.

On 12 June 2020, the Administrative Court of Bishkek refused to hear the case of Azimjan Askarov against the Kyrgyz government. Judge Dosmambetova Cholpon terminated the proceedings, indicating that the case cannot be subject to administrative processing, even though she had accepted the case for review in February 2020. This month marks 10 years since Azimjan Askarov was detained.

On 13 May 2020, the Supreme Court of the Kyrgyz Republic upheld the life sentence of Azimjan Askarov, which was his last opportunity to appeal his case at the national level.

Front Line Defenders believes that the criminal conviction of Azimjan Askarov is a result of his legitimate and peaceful human rights work and continues to call for his release in accordance with the UN Human Rights Committee’s decision. It calls on Kyrgyzstan to quash his conviction and immediately release the human rights defender.