On 28 February 2017, the investigators of the Russian Investigative Committee and representatives of the Federal Security Service (FSB) carried out a search of the apartment of human rights defender and journalist Zoya Svetova, that lasted ten hours. 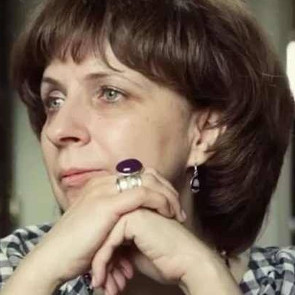 Zoya Svetova is a Russian human rights defender specialised in the rights of prisoners. Until November 2016, she had been part of the Public Oversight Commission, reviewing the conditions of detention centres in the Russian Federation. Zoya Svetova is a human rights journalist and has collaborated with numerous media outlets, covering the rights of prisoners and human rights issues more generally. She currently works on prisoners’ rights with the Open Russia foundation, which was founded by exiled Russian businessman Mikhail Khodorkovsky. Zoya Svetova is the daughter of the famous Soviet dissidents, Zoya Khrakhmalnikova and Felix Svetov, who both experienced imprisonment under the Soviet Union.

On 28 February 2017, the investigators of the Russian Investigative Committee and representatives of the Federal Security Service (FSB) carried out a search of the apartment of human rights defender and journalist Zoya Svetova, that lasted ten hours.

On 28 February 2017, at approximately 11 am, a man rang the doorbell of Zoya Svetova’s apartment and said that he carried a summons for interrogation and needed Zoya Svetova’s signature. When she opened the door, nine officers forcibly entered her apartment. They presented Zoya Svetova with a search warrant issued by the judge of Basmanniy district court of Moscow on 18 February 2017. The official reason given for the search of Zoya Svetova’s apartment was that there were suspicions that documents containing information concerning Mikhail Khodorkovsky, former head of the Yukos oil company, in connection to a case opened against Yukos in 2003, were in the apartment.

During the search, which lasted ten hours, Zoya Svetova’s personal Ipad and her husband’s personal phone were seized and other data was copied. Zoya Svetova believes that her phone communications have been monitored, as the officers asked questions in relation to her recent phone conversations.

Front Line Defenders believes that the search of Zoya Svetova’s apartment is an act of intimidation in retaliation to her coverage of human rights violations in the Russian Federation.

1. Immediately cease all further harassment of Zoya Svetova, as Front Line Defenders believes that the search carried out at her home was solely as a result of his legitimate work in defence of human rights;

2. Return the items confiscated during the search, as they are manifestly not linked to any criminal activity;

3. Cease targeting all human rights defenders in the Russian Federation and guarantee in all circumstances that they are able to carry out their legitimate human rights activities without fear of reprisals and free of all restrictions including judicial harassment.