Last week I attended the court hearings on case of Oyub Titiev, the head of the Human Rights Center Memorial branch in Grozny who was absurdly charged with drug possession. I first met Oyub Titiev in 2009 after our common beloved colleague Natalya Estemirova had been abducted and assassinated. Back then, the Memorial office in Chechnya was closed due to safety concerns, while human rights defenders from different regions of Russia were reflecting on ways to continue human rights work in Chechnya, which eventually led to the creation of the Joint Mobile Group. Oyub himself, however, did not interrupt his human rights work for a single day. He believed it was his duty to his people and responsibility to the memory of Natalya.

Hearings on Oyub’s case are taking place at Shali City Court; he is facing between three to ten years in prison. The absurdity of his charges is obvious not only to us, the trial observers, but also to many people in Chechnya. If you took a taxi or went to the nearest cafe, people would drop a hint that they understand what brought you here and how important your presence is, thanking you multiple times for no obvious reasons with a mysterious expression on their faces. I hope that Oyub is also feeling this silent support.

During the last court hearing, the representative of prosecutor's office asked Oyub whether public investigations were part of his official duties and who authorised him to deal with them. Oyub responded that this was a duty of every human rights defender and that he was authorised by the people seeking his help.

Oyub has been involved in human rights work in Chechnya for 17 years. “Throughout these 17 years I have not felt safe even for a day”. The representative of prosecutor's office asked why he never felt safe. Oyub responded with a long list of attacks on human rights defenders in the Republic of Chechnya: the assassination of Estemirova, her abduction that was never investigated, arson and attacks on Memorial and Joint Mobile Group human rights defenders’ offices in Chechnya, threats of physical violence to human rights defenders and their families, attacks on journalists – none of these cases were investigated despite the use of all the possible protection mechanisms. “Tell me who else they should have referred to and I will do so myself” - responded Oyub. Representatives of the prosecution did not respond.

Oyub has been kept in the pre-trial detention centre for almost a year. He says he is practically cut off from all information as he is not receiving newspapers while TV and radio programs in his cell are regulated by the staff of the prison. There are three other prisoners in the same cell. He receives correspondence now, however, there were problems with it previously. He has books, he is studying English and Arabic while in detention. He is taken for a walk into a cell of the same size as his own, with bars instead of the roof on top, where detainees are ostensibly strolling. There is a room for physical exercises, six square-meters large, where “one can run”, according to Oyub. There is a horizontal bar for exercises which is a great joy to Oyub as he is a sportsman. He sounds quite positive and sends greetings to everyone who writes him. 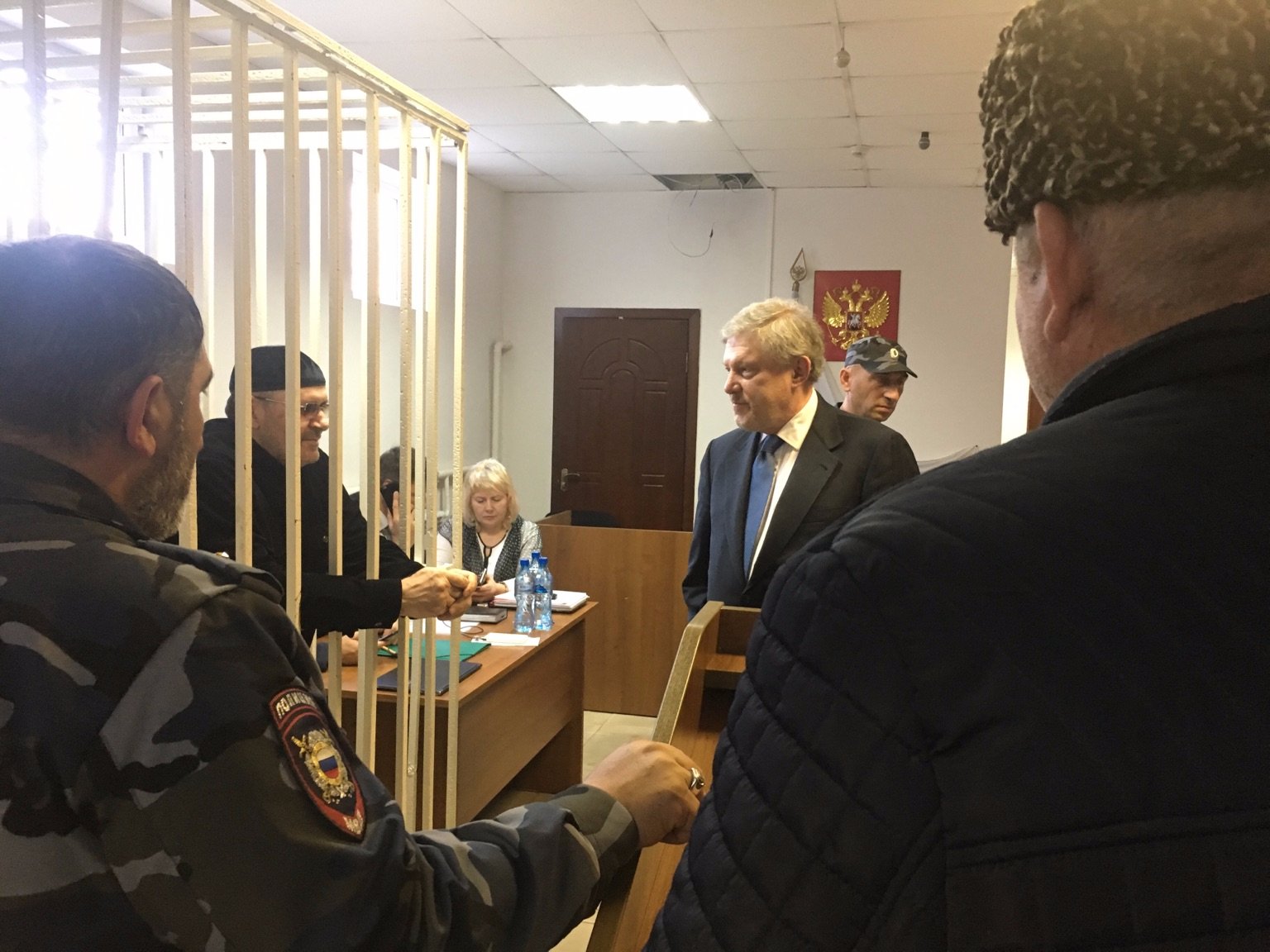 Court hearings at Shali Court take place in such a friendly environment that an outsider might think there is a hope for a fair judgment. The bailiffs are already used to the observers and diplomats who are present at hearings, some frequent visitors are known by names. One can freely talk to Oyub during the breaks. During the hearings Oyub is kept in the courtroom’s cell, which interferes with the presumption of innocence; the European Court of Human Rights ruled in a number of cases that defendants’ confinement in the metal cage in the courtroom amounts to degrading treatment prohibited by Article 3 of the Convention. Nevertheless, the judge dismissed the appeals of Titiev’s lawyers to allow him to sit next to his lawyers during the hearings. 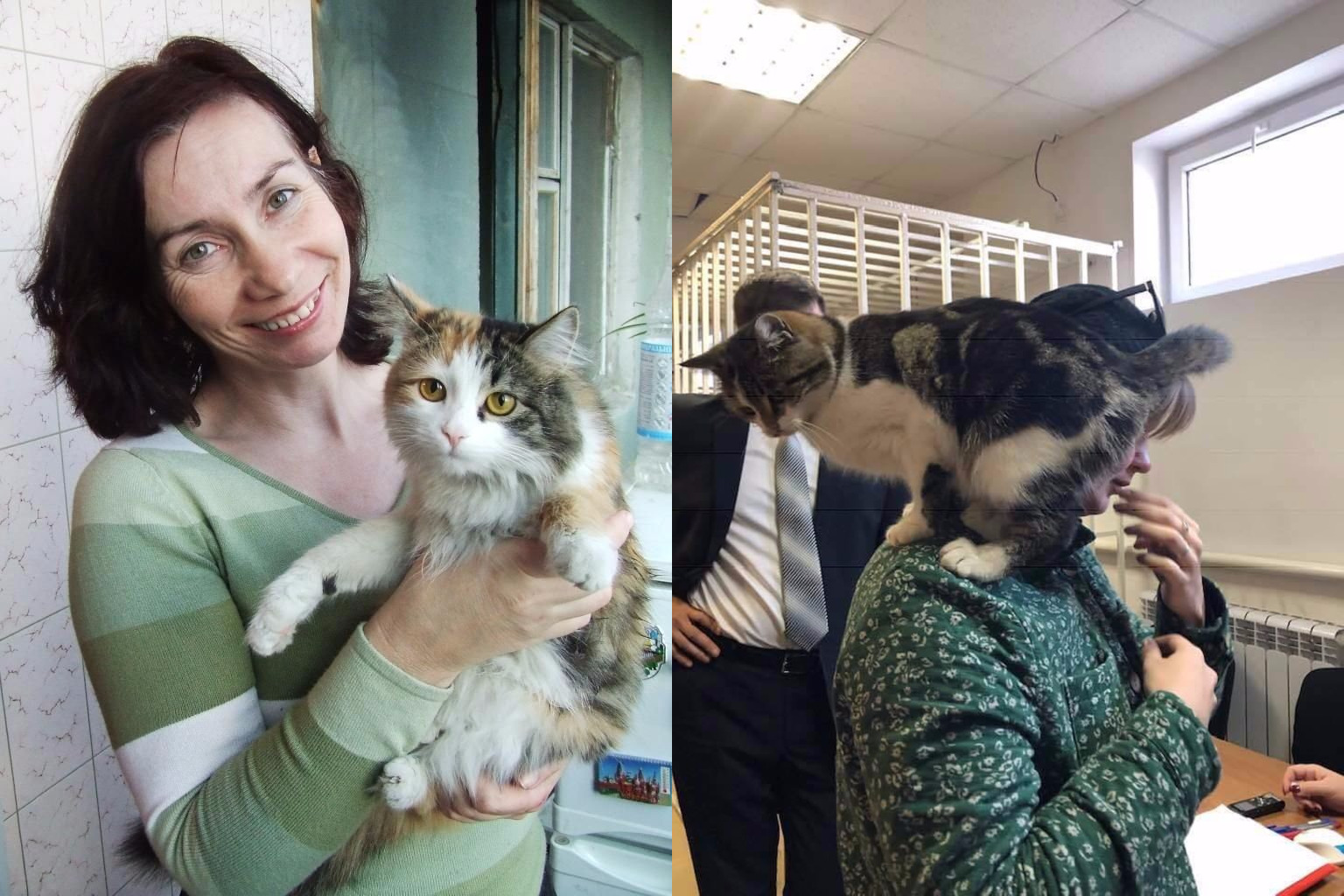 The cats freely walk into the courtroom, they sneak through the bars of Oyub’s cage, in which he is kept, and leave it gracefully; one of them is very similar to Natalya Estemirova’s cat. Oyub, however, is staying in his cell...