About Zhang KunPlease send this letter and stand with Zhang Kun.Case History 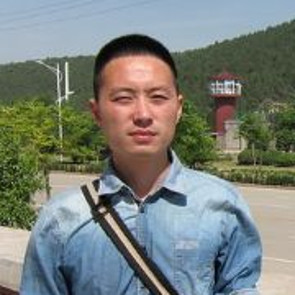 At 3.00pm on 27 May 2017, several plainclothes police officers took human rights defender Zhang Kun (张昆) into criminal custody. According to an official document produced two days later, Zhang Kun was detained under suspicion of “picking quarrels and provoking troubles,” a charge frequently used against human rights defenders in China. It is believed that the arrest is an act of retaliation against Zhang Kun for his posting of a video about acts of torture he reportedly experienced while incarcerated last year.

Zhang Kun began advocating for human rights issues in 2013, when he became involved in activities calling for a democratic, constitutional government. Over the next two years, Zhang Kun travelled often from his home in Xuzhou City, Jiangsu Province to cities across China to campaign for the release of detained lawyers and other defenders, as well as to join in calls for open disclosure of government assets.

In May 2017, Zhang Kun posted a video online recounting acts of torture he reportedly suffered while in detention in 2016, naming a particular officer responsible for many of these acts. Soon after, a group of plainclothes police officers arrived at the home of Zhang Kun’s parents, where they took Zhang Kun into custody, along with phones and computers belonging to the defender’s parents. The arresting officers at no point presented any warrant for Zhang Kun’s arrest or the confiscation of electronic devices.

Zhang Kun has strong reason to believe that his current detention is an act of retaliation against him for the May video. According to a recent conversation between Zhang Kun and his lawyer, arresting officers told the defender that it was a “big boss, higher up” who had passed down the order, and that they had “no connection” to his arrest.

Zhang Kun has been frequently targeted by Chinese authorities. In March 2013, Zhang Kun was placed under secret detention for two months, during which time he reports being tortured and mistreated by detention officers. In May 2014, he was detained by Xuzhou police under suspicion of “picking quarrels and provoking troubles.” He was kept in detention until his trial in April 2015, where he was sentenced to two years’ imprisonment. Zhang Kun’s sentence was backdated to his date of custody, and the defender was released from prison on 8 April 2016.

I condemn the criminal detention of Zhang Kun, which was conducted without a warrant and in violation of Zhang Kun’s procedural rights. I further criticise the retaliatory nature of this action, and believe that it is an attempt to silence Zhang Kun.

1. Immediately release Zhang Kun from custody and drop all charges against him;

2. Ensure that the treatment of Zhang Kun, while in detention, adheres to the conditions set out in the ‘Body of Principles for the Protection of All Persons under Any Form of Detention or Imprisonment', adopted by UN General Assembly resolution 43/173 of 9 December 1988;

3. Carry out an immediate, thorough and impartial investigation into the arrest and reported torture of Zhang Kun, with a view to publishing the results and bringing those responsible to justice in accordance with international standards;