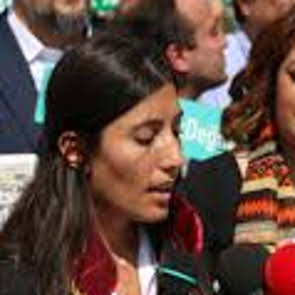 On 20 December 2017, lawyer Yaprak Türkmen from the People’s Law Office was arrested after being detained during a raid on the office by Turkish Anti-Terror police on 18 December 2017.

On 18 December 2017, Yaprak Türkmen was taken into custody in connection with a pre-existing case against a number of lawyers from the People’s Law Office who stand accused of “membership of a terrorist organisation”, namely the Revolutionary People's Liberation Party (DHKP-C), a recognised terrorist organisation in Turkey. On 20 December 2017, she was brought to the Istanbul Chief Prosecutor’s Office to give her testimony, but instead of being made to do so, she was sent to the Istanbul 12nd Criminal Judgeship of Peace. After an interrogation by the Judge, she was falsely accused of “membership of an armed terrorist organisation” (the DHKP-C) and was arrested.

This is not the first time that human rights lawyers have been targeted for the legitimate exercise of their profession under the State of Emergency currently imposed in Turkey. Recently, a number of human rights lawyers have been detained and accused of ties with terrorist groups, in what is believed to be an attempt to stifle the peaceful exercise of their profession.

I am concerned by the arrest of Yaprak Türkmen along with the charges against her as it is believed that they are solely due to her peaceful and legitimate work as a human rights lawyer.

I urge the authorities in Turkey:

1. Immediately and unconditionally release, and drop all charges against, Yaprak Türkmen, as Front Line Defenders believes that she is being held solely as a result of her legitimate and peaceful work in the defence of human rights;

2. Ensure that the treatment of Yaprak Türkmen, while in detention, adheres to the conditions set out in the ‘Body of Principles for the Protection of All Persons under Any Form of Detention or Imprisonment', adopted by UN General Assembly resolution 43/173 of 9 December 1988;

3. Guarantee in all circumstances that all human rights defenders in Turkey are able to carry out their legitimate human rights activities without fear of reprisals and free of all restrictions including judicial harassment.