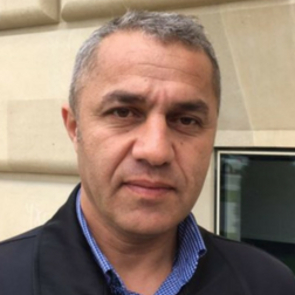 On 20 November 2017, Yalchin Imanov was suspended from practising law by a decision of Azerbaijan’s Bar Association, pending a court ruling, following a complaint from the Penitentiary Service of Azerbaijan.

On 10 August 2017, the Deputy Chairman of the Penitentiary Service of Azerbaijan stated, in a complaint letter to Azerbaijan’s Bar Association, that Yalchin Imanov had been circulating false information through the press. Specifically, the complaint refers to allegations of the torture in detention of two of his clients. Yalchin Imanov was also accused of creating negative public opinion on the work of the Prison Service.

This is not the first time that the Bar Association has suspended human rights lawyers from practising in Azerbaijan. Lawyers Elchin Namazov, Aslan Ismayilov, Khalid Bagirov and Muzaffar Bakhishov have all been suspended in recent years on the basis of similar complaints.

On 31 September 2017, the Parliament adopted a set of amendments to the Civil Code and the “Administrative Procedures and Bar Act” which will come into effect on 1 December 2017. According to these amendments, practising lawyers who are not members of the Bar Association will be prohibited from appearing in court, or representing clients in any kind of lawsuit. These amendments directly contravene Azerbaijan’s international human rights obligations and severely hinder the functioning of independent lawyers as set out in the UN Basic Principles on the Role of Lawyers, as membership of the Bar Association is effectively controlled by the government.

I express concern as I believe that Yalchin Imanov’s suspension from the Azerbaijan Bar Association was in retaliation to his peaceful and legitimate work in the defence of human rights in Azerbaijan.

I urge the authorities in Azerbaijan to:

2. Abide by the international human rights obligations incumbent upon them along with the UN Basic Principles on the Role of Lawyers by respecting the independence of lawyers to freely practise without suffering judicial or administrative harassment and without endangering their livelihoods;

3. Guarantee in all circumstances that all human rights defenders in Azerbaijan are able to carry out their legitimate human rights activities without fear of reprisals and free of all restrictions including judicial harassment.