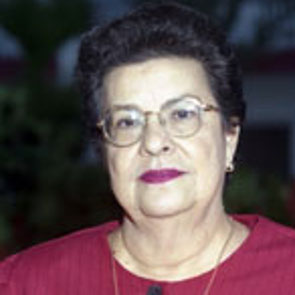 On 8 March 2017, the female Ministers and Vice-Ministers of the Nicaraguan government issued a letter in which they refuted the eligibility of human rights defender Vilma Nuñez de Escorcia to receive the International Women of Courage Award.

Vilma Nuñez de Escorcia is the founder and president of Centro Nicaraguense de los Derechos Humanos (Nicaraguan Centre for Human Rights – CENIDH) and has worked for more than 56 years for the implementation of human rights in the country, including the abolition of torture, mediation of conflicts and liberation of political prisoners. The human rights defender has actively participated in the work of several national and international organizations, including the Central American Commission for Human Rights, in which she was president, and the Worldwide Organization against Torture.

On 8 March 2017, during the celebrations of International Women’s Day at the Embassy of the United States in Managua, Nicaragua, Vilma Nuñez de Escorcia was nominated for the International Women of Courage Award by US Ambassador Laura Dogu due to her distinguished career in the defence of human rights. Several Nicaraguan authorities attended the ceremony. On the same day, the Vice-President of Nicaragua, Rosario Murillo, by request of the female Ministers and Vice-Ministers, issued a letter to the US Ambassador concerning the nomination of Vilma Nuñez de Escorcia. The Nicaraguan authorities interpreted the act as “hostility against our people and government” and stated that the human rights defender is a person who “diatribes, insults and her offensive practices have repeatedly offended Nicaraguan people and government”.

This is not the first time that the human rights defender has faced harassment and intimidation due to her work. The Inter-American Commission on Human Rights (IACHR) has previously issued two precautionary measures in favour of Vilma Nuñez de Escoria, in 2002 and 2008, due to serious and constant violations of her rights and threats against her life and family, including direct attacks by the government, a permanent campaign of defamation through official means, persecution, and false criminal accusations. The Nicaraguan government has repeatedly avoided its responsibility in properly implementing the precautionary measures since they were issued.

I am gravely concerned at the most recent act of intimidation faced by Vilma Nuñez de Escorcia, and the heightened risk she faces, as I believe that the intimidation carried out against her stems from a desire to silence her voice as a human rights defender.

I urge the authorities in Nicaragua to:

1. Take measures to ensure that government officials or other public figures refrain from making statements or declarations stigmatising the legitimate work of Vilma Nuñez de Escoria and other human rights defenders in the country;

2. Take all necessary measures, in consultation with the defender, to guarantee the physical and psychological integrity and security of Vilma Nuñez de Escoria;

3. Guarantee in all circumstances that all human rights defenders in Nicaragua are able to carry out their legitimate human rights activities without fear of reprisals and free of all restrictions including judicial harassment.