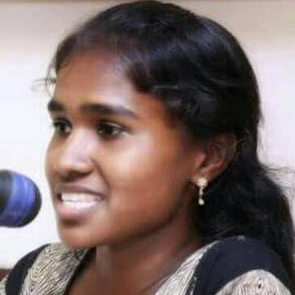 Two human rights defenders were arrested in the state of Tamil Nadu for opposing the proposed central government sponsored and funded Salem-Chennai ‘green corridor’ highway project. Valarmathi Madhaiyan was arrested on 19 June 2018 in Achankuttapatti village in Thanjavur district and Piyush Manush was arrested on 18 June 2018 in Salem district.

Valarmathi Madhaiyan is a student human rights defender and member of the Iyarkai Paadukappu Kuzhu (Nature Protection Group). She frequently organises environmental rights protests and participated in rallies to support local communities of farmers protesting an oil and gas pipeline amidst concerns that they might damage cultivable lands that are the source of their livelihoods She has been arrested numerous times due to her work as a human rights defender. Piyush Manush is an environmental rights defender and convener of Salem Citizen’s Forum.  Through the forum, he regularly organises meetings, events and protests with local farmers and villagers whose land rights and livelihoods are endangered by mega-industrial projects in Salem district. He has been arrested numerous times in relation to his work.

On 19 June, Valarmathi Madhaiyan was arrested on the charge of attempting to disrupt a meeting of revenue and police officials with people of Achanakuttapatti on the proposed Salem-Chennai green corridor highway project. Valarmathi allegedly intervened in the meeting and questioned the policy of acquiring agricultural land for the project. She refused to leave when asked  by the officials and continued to contend that the project will only bring environmental destruction and harm the livelihoods of the villagers. She was then arrested by Veeranam police and forcibly removed from the meeting. The police registered cases under sections 53 (preventing government servant from discharging duty) and 506 (ii) (criminal intimidation) against the human rights defender. Valarmathi was remanded in judicial custody and is being held in the women’s prison in Salem city.

On 18 June, Piyush Manush was arrested on a highway near Salem city for allegedly instigating people against the Salem airport expansion project and the Salem-Chennai green corridor highway project during an event he had organised with people of the surrounding villages to protest against the projects on May 3 2018. He was  taken to Omalpur police station. The projects are likely to destroy more than 2,000 hectares of agricultural land, which will negatively impact the livelihoods of farmers in that area as well as displacing them. He was arrested under sections 153 (wantonly giving provocation with intent to cause riot); 189 (threat of injury to public servant); 506 (ii) (criminal intimidation) IPC and 7 (1) Criminal Law Amendment Act. He was granted bail on 22 June 2018.

I condemn the arrests of Piyush Manush and Valarmathi Madhaiyan, which it believes are directly related to their peaceful and legitimate work in the defense of human rights in India.

2. Drop all charges against Piyush Manush and Valarmathi, as Front Line Defenders believes that they are being targeted solely as a result of their legitimate and peaceful work in the defence of human rights;

3. Cease targeting all human rights defenders in India and guarantee in all circumstances that they are able to carry out their legitimate human rights activities without fear of reprisals and free of all restrictions including judicial harassment.