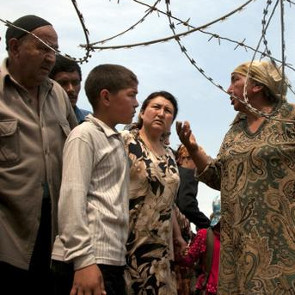 Izzatilla Rahmatullaеv is an ethnic Uzbek and a human rights defender in Osh,  Kyrgyzstan. He is one of the leaders of a human rights organisation called Law and Order, which was founded in 2002 with the purpose of monitoring and documenting violations of civil, political, social and economic rights, as well as defending the rights of ethnic, and religious minorities and refugee rights. The organisation is active in the observation and monitoring of judicial trials related to inter-ethnic conflicts.

After the incident, Izzatilla Rahmatullaеv’s son filed a complaint to the State Committee of National Security. On 30 January 2017, the Committee launched the investigation proceedings.

I condemn the attack on Izzatilla Rahmatullaеv and believe it to be directly related to his human rights work and his defence of the rights of ethnic and religious minorities in Kyrgyzstan.

I urge the authorities of Kyrgyzstan to:

1. Ensure that the ongoing investigation into the assault on Izzatilla Rahmatullaеv is thorough and impartial, with a view to bringing those responsible to justice in accordance with international standards;

2. Take all necessary measures to guarantee the physical and psychological integrity and security of Izzatilla Rahmatullaеv;

3. Guarantee in all circumstances that all human rights defenders in Kyrgyzstan are able to carry out their legitimate human rights activities without fear of reprisals and free of all restrictions.