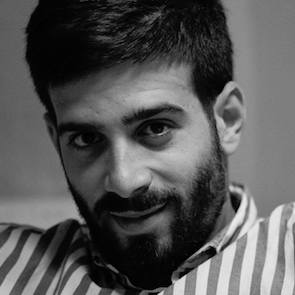 On 27 October, the Jerusalem Magistrate's Court sentenced human rights defender Mr Hasan Safadi to three months and one day imprisonment on the charge of visiting the ‘enemy’ state of Lebanon in 2015. He had travelled to Lebanon to represent his organisation at a conference on prison conditions in the region. Hasan Safadi is currently being detained in the Negev Desert (Ktziot) prison and is expected to be released on 10 December 2016.

Hasan Safadi is a Palestinian journalist and human rights defender working as a media and communications officer at Addameer - Prisoner Support and Human Rights Association. Addameer is a Palestinian non-governmental organisation that works to support Palestinian political prisoners held in Israeli and Palestinian prisons. The organisation provides free legal aid to prisoners, as well as documenting and carrying out research on human rights violations in Palestine. It also engages in advocacy work, training and awareness raising. Hasan Safadi has also contributed to numerous publications about the situation of human rights in Palestine.

On 27 October Hasan Safadi was sentenced to three months and one day imprisonment for visiting Lebanon, a country that is considered an “enemy” State under Israeli law. The Nationality Law of 1952 states that Israeli citizens may not travel to Lebanon without first obtaining a permit from the Israeli Interior Ministry. However, Hasan Safadi is not an Israeli citizen – he is a resident of occupied East Jerusalem. Furthermore, many Palestinians with the same residency status as the human rights defender often travel to Lebanon without being later detained.

The human rights defender has been in administrative detention since 1 May 2016 when he was arrested by Israeli occupation forces upon returning from an Arab youth conference in Tunisia. At a hearing on 10 June 2016 in the Jerusalem Magistrates Court, a judge charged the human rights defender with visiting an “enemy” State and ordered the release of Hasan Safadi on a bail of NIS 2,500 (US$ 650). The human rights defender was due to be released after his family paid bail. However, Hasan Safadi was not released, and was instead issued an order for a six-months administrative detention signed by Israeli Defence Minister, Avigdor Lieberman. On 28 June 2016, the Jerusalem Magistrates Court confirmed the detention order. Following the detention order, Hasan Safadi was transferred to, and is still currently being detained in the Negev Desert (Ktziot) prison – outside of occupied Palestinian territory, in violation of Article 49 of the Fourth Geneva Convention relative to the Protection of Civilians during Times of War, which prohibits the transfer of protected civilians to the territory of the occupying power.

I am extremely concerned about the arbitrary detention of human rights defender Hasan Safadi and condemn the recent sentence against him as I believe it to be in retaliation to his legitimate and peaceful human rights activities in the Occupied Palestinian Territory.

I urge Israeli authorities to:

3. Guarantee in all circumstances that all human rights defenders in the Occupied Palestinian Territories are able to carry out their legitimate human rights activities, including participating in human rights conferences abroad, without fear of reprisals and free of all restrictions.