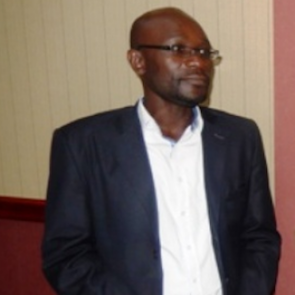 The human rights defender was not notified prior to his expulsion of the ruling against him, thus he was not able to collect belongings from his home or notify his family of the situation. Upon arrival in the DRC, Epimack Kwokwo was without essential items such as his telephone, which had been confiscated before the journey from Kigali to the border crossing.

Since September 2015, when a coalition of organisations in Rwanda, including LDGL, compiled information as part of Rwanda’s 2015 Universal Periodic Review (UPR), Epimack Kwokwo has been targeted by Rwandan immigration officials as they perceive him to be a key actor in the writing of the report by civil society. The report by civil society, as part of Rwanda’s 2015 UPR, contained information that ‘framed Rwanda in a bad light’ as Rwandan officials have communicated to the human rights defender. Epimack Kwokwo has been the target of detention, harassment and threats from immigration officials who have attempted to force him out of Rwanda.

I believe that the expulsion of human rights defender, Epimack Kwokwo, from Rwanda is directly linked to his work in the defence of human rights, particularly his engagement with different civil society organisations including LDGL to contribute to the 2015 Rwandan UPR. I am seriously concerned for the psychological integrity of the defender and his family who have been forced to re-locate without notice to the DRC from Rwanda. I recognize a pattern in Rwanda in which human rights defenders are repeatedly targeted and prohibited from conducting their work.

I urge the authorities in Rwanda to:

1. Immediately and unconditionally retract its decision against Epimack Kwokwo and ensure that he may resume his legitimate and peaceful work in defence of human rights without any restrictions;

2. Guarantee in all circumstances that all human rights defenders in Rwanda are able to carry out their legitimate human rights activities without fear of reprisals and free of all restrictions.