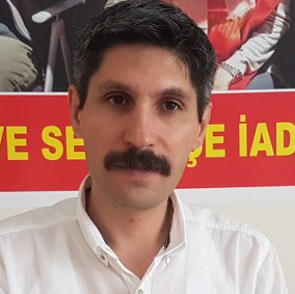 On 30 October 2017, lawyer and human rights defender Engin Gökoğlu, was subjected to torture by prison officers in Tekirdag No. 2 T-type Prison. On 20 September 2017, 14 lawyers from the People’s Law Office, including Engin Gökoğlu, were accused of having ties to the Revolutionary People's Liberation Party (DHKP-C), recognised as a terrorist organisation in Turkey. They have been in police custody since 12 September 2017.

Engin Gökoğlu is a human rights lawyer from the People’s Law Office in Turkey, an organisation which represents the victims of police violence and other human rights violations carried out by state officials. Engin Gökoğlu is a legal representative of Nuriye Gülmen and Semih Özakça, two teachers dismissed from their positions following the failed coup attempt on 15 July 2016.

On 3 November 2017, the People’s Law Office reported that Engin Gökoğlu required surgery after having been beaten and subjected to torture by prison officers four days prior. The incident happened after a group of eight prisoners, including Engin Gökoğlu, were separated and split into two cells. Following the separation, the prisoners began to protest by chanting and hitting the cell gates, which was met with a violent response by masked guards. The windows to the cells were broken and water cannons were sprayed through the openings, breaking up the prisoners who had refused to allow the masked guards entry. The prisoners were then heavily beaten with nightsticks and dragged through the broken glass on the floor. The guards broke Engin Gökoğlu’s arm while he was being handcuffed from behind, and following the unrest, the human rights defender was placed in a wheelchair where he was further beaten. He was not treated for his injuries and was forced to wait hours until he was taken to hospital to receive medical attention. The human rights defender could not be seen by an orthopedist for three days. He is currently being kept in a cell in Tekirdağ No.2 T-type Prison awaiting surgery and has not been given access to any of his personal effects.

I am concerned for the physical and psychological safety of Engin Gökoğlu along with his lack of access to medical assistance. I condemn the torture he has been subjected to in prison along with the charges levelled against him as I believe that they are directly linked to his peaceful and legitimate work as a human rights lawyer.

1. Immediately release Engin Gökoğlu and drop all charges against him as I believe that he has been targeted solely as a result of his legitimate human rights work;

2. Ensure that the treatment of Engin Gökoğlu, while in detention, adheres to the conditions set out in the ‘Body of Principles for the Protection of All Persons under Any Form of Detention or Imprisonment', adopted by UN General Assembly resolution 43/173 of 9 December 1988;

3.  Carry out an immediate, thorough and impartial investigation regarding the torture used against Engin Gökoğlu with a view to publishing the results and bringing those responsible to justice in accordance with international standards;