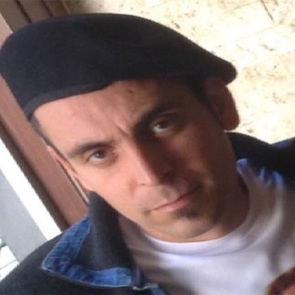 Revolutionary Guard officials arrested Moghadam at his father's house on 3 December 2014. During the arrest, officials confiscated some of his personal belongings, including a satellite receiver, flash memory, some books as well as CDs. The Revolutionary Court of Tehran later sentenced the human rights defender to six years imprisonment on charges including inciting propaganda against the Iranian government, crossing at “illegal” borders, and a lack of military service ID.

In Februay 2015, the Human Rights Activist News Agenecy (HRANA) in Iran reported that prison authorities deprived Moghadam of “phone calls and regular weekly visits.” In early April 2015, Moghadam began a hunger strike in protest at the conditions in Iran's Kahrizak Detention Centre, which reportedly include overcrowded cells and lack of adequate food for prisoners.

Iranian authorities have targetted Moghadam for his activism in the past. Plainclothes officers arrested the human rights defender after he took part in a protest following the 2009
presidential elections. Iranian authorities reported that President Mahmoud Ahmadinejad won re-election with nearly 63 per cent of vote, but two defeated candidates disputed the results, claiming there had been mass fraud. Demonstrators took to the streets for months following, with hundreds arrested and abused in detention. In August 2009, an Iranian judiciary official publicly acknowledged that detainees connected with the post-election protests had been tortured in prison.

At the time of his 2009 arrest, Moghadam was completing his military service term, which is compulsory for men in Iran. He reported that during his arrest, the plainclothes officers beat him “before saying a word” and pushed him in front of oncoming cars two times. Moghadam said in a video interview that during the interrogation, police officers beat him, insulted his family, and took money from him, forcing him to sign on to charges without reading them.

Moghadam was later transferred to the Kahrizak Detention Centre, where he now resides for a second time. The human rights defender reported that during the five days he spent at Kahrizak in 2009, authorities held “almost 180 people” in a 70 meter room and subjected them to verbal, sexual, and physical harassment, including being forced to stand for five consecutive days.

The Iran Human Rights Documentation Center reported that while imprisoned in Kahrizak following the 2009 protests:

“[Moghadam and over a hundred other detainees were subjected to systematic physical and psychological torture, including beatings and imprisonment in a hot and crowded warehouse. Following several days of violent mistreatment, Moghaddam witnessed the death of one of his fellow detainees.”

After his most recent imprisonment and transfer to solitary confinement, Front Line Defenders expresses its grave concern at the ongoing detention of Majid Moghadam, which it believes to be solely motivated by his human rights work, and expresses concern for his health in light of his hunger strike, and the ill-treatment of prisoners in Iran.