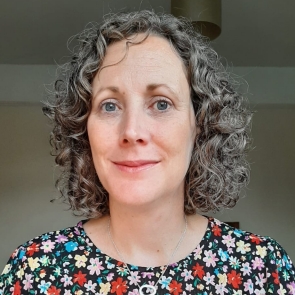 Olive Moore took up the role of Interim Director of Front Line Defenders in January 2023, after serving as Deputy Director since September 2020.

Olive's passion for human rights and social justice began when she became a member Amnesty International at the age of sixteen. Her activism and interest in global politics and international relations led her to undertaking a Degree in Politics and Social Policy in UCD, and then a European Masters in Human Rights and Democratisation in Venice, Italy.

Olive’s experience at the beginning of her career with Trocaire, of living in Kenya and working in South Sudan and Somalia, and the Human Rights Defenders she met during this time, formed her lasting appreciation of, and deep respect for, the work of HRDs.

Olive has held a number of roles in Trocaire, including Human Rights Officer, Policy Officer, Governance and Human Rights Coordinator, and Head of Programmes for the last four and a half years. Previously, she also interned in the Human Rights Unit of the European Commission, worked for the Irish Government at the UN Commission on Human Rights, and spent two years working at the World Bank as Head of Knowledge and Learning at the GPSA (Global Partnership for Social Accountability) in Washington DC.